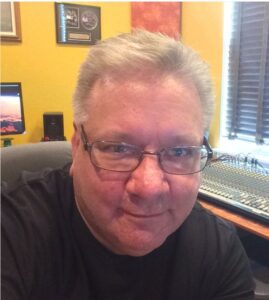 Stephen began his music career in New Jersey at age 12 playing sax and clarinet in a band called The Silvertones with his brother Mark. They played all types of gigs through middle school and high school. When it was time for college, Stephen studied Film Scoring at Berklee College of Music in Boston, Massachusetts. During those years, he played with The Polish Gentlemen of Long Island, NY and Mike Costa’s Lime Light in New Jersey.

After graduation,  Stephen began playing with the Jimmy Sturr Orchestra, but soon after left JSO to play with Jan Lewan full time, becoming his arranger and music director for the next 14 years, earning Lewan a Grammy nomination in 1995.  One of the biggest projects was composing, arranging and conducting the Polka Symphony with the Jan Lewan Orchestra and the Utica Symphony, and later in Lincoln Center with the Princeton University Orchestra.

Stephen later joined Baltimore-based band Charm City Sound for 8 years. He recorded and mixed their last two highly acclaimed CDs, “Charmed and Dangerous” and “Christmas Lights”. He also released two solo album projects featuring guest polka musicians. “Be Yourself” was the first 7-part a Capella polka, the title song of “Stephen Kaminski and the Dream Team”. Volume 2, “Stephen Kaminski and the Dream Team – Back To Polkas” featured duets with Ryan Joseph and Jeff Mlezcko among other power house polka musicians.

Before moving from New Jersey to Illinois in 2014, Stephen played with Ukrainian Band “The Wave”, and joined the band “Freezedried”. He is now a full-time bandmate with Freezedried, contributing arrangements and original tunes as well playing sax and clarinet. Their latest CD release, “Bodacious Ditties” was recorded and mixed at Stephen’s Crowne Stone Studio. Stephen recently joined the “D-Street Band” in Chicago as well and is currently developing new material for their upcoming CD.

Stephen recently had the pleasure of revisiting his Jan Lewan years by composing and arranging the soundtrack to the Jack Black movie “The POLKA KING” based on the life of Jan Lewan. He played alto and tenor sax on the soundtrack as well. He was Jack Black’s Music Director for the movie’s live promo appearances on “Late Night with Stephen Colbert” and the “Today Show”.

Stephen resides in Bolingbrook, IL with his wife, Lynn, and daughters, Aleya and Hadley. Son Nicholas works in NJ and younger son Christopher is finishing his Master’s at Michigan State.