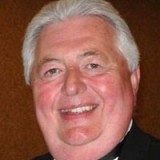 Peter has been the IPA Sergeant-At-Arms since 2003. He also marks his 43rd anniversary of being involved in polka music. Very rarely is there a DJ/IJ who becomes involved in all aspects of polka music the way he has. He started hispolka career in 1971 at WADS in Ansonia, CT as the engineer for the Victor and Sophie Zembruski Polish Eagle Show whileh e w a s s t i l l a t t e n d i n g t h e U n i v e r s i t y o fConnecticut. Peter was given the title of “Connecticut’s Prince of Polkas” by the New Haven Register, CT Post,Waterbury Republican, Hartford Courant,and New York Times newspapers. Peter was also one of the original founders of the 24-hour Polka Jammer Network as well as the “Polka Legacy” internet station. His “Polka Celebration”show is heard on Polka Jammer, 247PolkaHeaven, WNHU88.7 in CT and WERG 90.5 in Erie, PA.

Radio isn’t the only thing Peter has been involved in. In1992 he started his Polka Celebration TV show on his local cable network which has been the #1 watched TV show on that network. Peter’s other accomplishments include a regularly written article entitled “Polka Celebration” for the monthly newspaper of the Polish Falcons of America. In2007, he was awarded the Joe Jozwiak Special Achievement award from the International Polka Association and was inducted into the Broadcasters Hall of Fame, located in Ohio.Peter was also awarded the “Frankie” Award. This award from the Polka America Corporation was created to recognize outstanding contributions and service to polka music in the name of Frankie Yankovic. Peter also received the Lifetime Achievement Award from the United States Polka Association in May, 2014.

Peter also has been instrumental in helping his home state of Connecticut recognize a state polka—the Ballroom Polka by IPA Polka Hall of Famer, Ray Henry. Peter has made polka music a major part of his life and continues to promote and entertain his listeners. Peter walks and talks polka music!