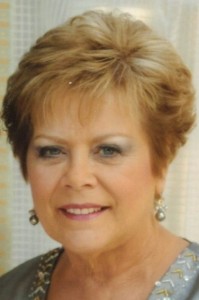 Pat Maduzia was elected IPA Director from Illinois in 2012. She was born into the Polish music and the Polish customs. At a young age, Pat remembers her dad putting her on his shoulders to see Li’l Wally, who was in his early twenties at the time, performing at a picnic. At home, her family always had polka music
playing, whether it be on vinyl or on the radio. In her early twenties, she was crowned polka queen for Johnny Hyzny’s Polka Guide Organization. The IPA
wasn’t in existence yet; Johnny was one of the founders of the International Polka Association.
Pat met her husband, Wally Maduzia, at Polonia Grove.  They were married in the late ‘60s and have three children. Wally is also an IPA Polka Hall of Famer. He played with numerous bands such as the Versatones, The Tones —which he put together, Stas Bulanda’s Average Polka Band, and many more. Their oldest son,Mike, followed in his dad’s footsteps, starting a band called Freeze Dried. Their daughter, Michelle, and son, Dave, also have a love for polka music.
She was born in Chicago, and now resides in Lockport, a southwest suburb. Pat loves to dance and made sure all three of her children learned how to dance the
polka.  Pat comments, “I would like to work with the IPA board to promote polka music. We have got to get the younger generation interested and involved with this great music. I think we are on the right track to stay united with other polka organizations. If we work with them, we are greater in number to spread the sound of polka music. Invite a friend that has not been to apolka dance to experience something new and exciting. I’m Polish and proud!”