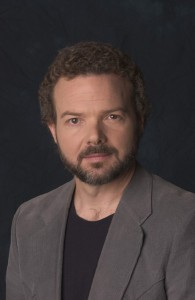 Mike Matousek was first elected to the IPA Board of Directors in the early 1990’s.  He was born in 1956 into what would become one of Baltimore’s most prominent polka families.  His father Al is regarded as one of Maryland’s most celebrated polka accordionists, and his mother, Connie, is recognized as one of the noted polka dance instructors who helped bring the “polka hop” to Charm City.  Because of their influence, at the age of eight Mike was already singing in Polish and dancing the polka along with his sister Ellen and brother Stephen.  The young trio often entertained at church functions and ethnic events to share their Polish culture.

After developing his skills on bass guitar, at the age of 14, Mike, along with his brother on drums, sister on guitar and cousin David Jankiewicz on accordion, formed their first band known as The Polka Cousins.  This was the beginning of Mike’s continuing 44-year professional polka music career.  In 1973, Mike joined a six-piece polka band called The Royal Cavaliers and recorded his first original polka on his first album in 1975.  In 1976, Mike reunited with his brother and cousin along with Fred Bulinski and Dave Korch and formed The Brass Works.  This vibrant group dominated the Baltimore polka scene and broke into the national spotlight in a few short years.  Mike is featured on three of the bands recordings. The Brass Works’ success helped launch “Polkamotion By The Ocean,” a major polka festival that celebrates its 36th anniversary in 2015.  In 1980, Mike and his brother Steve, along with the Borzymowski cousins Ted and Frank on accordion and sax, and Bob Kuhn and Don Miller on trumpets, cofounded the legendary Boys from Baltimore polka band.  This innovative group immediately recorded their Boys Are Back album and went on to set a new polka standard for style and professionalism.  After a couple of years, Mike did another stint with The Brass Works and then formed his own versatile group called Choice.

In 1984 Mike and Ted reunited to reform The Boys, then with Al Puwalski on accordion and Ron Lesniewski on drums.  This group recorded another creative album entitled Boys Just Want To Have Fun, which featured Mike’s original “Yukon Jack” polka.  After Frankie Liszka joined the group on trumpet in 1987, the popularity of the band continued to grow.  The Boys won the bronze and silver music awards at the National Polka Festivals in Hunter Mountain, New York, in 1987 and 1988.  After their hit records Boys Nite Out and Boys Will Be Boys, The Boys established their place among the elite polka bands in the nation.  Jeff Yash joined the band on drums and the group went on to win Favorite Album and Favorite Band awards by the United States Polka Association in 1988 and 1989.  The band also made national headlines in 1989 when Mike facilitated their appearance in Paramount Studio’s major motion picture “He Said, She Said,” starring Kevin Bacon and Elizabeth Perkins.

After The Boys disbanded at the end of 1990, Mike reunited with his brother and cousin to perform with a group called the Hylites.  After several years, the band evolved into what was known as Charm City Sound.  Mike’s original compositions are featured on five of CSS’s recordings.  The group was recognized by the United States Polka Association by winning the 2001 “Favorite Song” and 2003 “Favorite Band” awards. In 2006, The Boys started performing again and in 2011 recorded their “A New Day” CD that won the IPA’s “Favorite CD” award.  It also won the Polka America Corporation’s “Best Polish Album” 2012 PACE award.  One of the cuts, Mike’s original “In My Old Polish Town,” also won the “Best New Original Song” 2012 PACE award.  In 2013 The Boys released another award-winning CD called “Boysterous.”  From 2007 until the present, Mike also enjoyed performing with Full Circle, a specialty polka ensemble that featured polka legends Lenny Gomulka, Jimmy Weber, Al Piatkowski, Mike Stapinski and Roger Malinowski.  In 2008, Mike was inducted into the IPA’s Polka Hall of Fame.  Most recently, he was honored with the USPA’s 2015 Lifetime Achievement Award.

For 44 years, Mike’s engaging personality and distinctive voice has charmed audiences across the country.  He is recognized as a premiere polka bassist and has shared the stage with the finest polka performers in the business.  To date, Mike has performed on over 22 polka albums and has appeared on many polka radio and TV broadcasts.  In addition to his musical endeavors, Mike co-promotes Polkamotion by the Ocean held each September in Rehoboth, Delaware, with Mike Ziemski.  Both Mikes also host an internet polka show called “The Mikes Are On” heard four times per week on http://www.247polkaheaven.com.  The two Mikes have been honored with the USPA’s 2008, 2011, and 2012 “Favorite DJ/IJ” awards.

Mike and his wife, Ann Marie, were married in 1988 and have three children, Amanda, Matthew and Amy.  Mike also has two older children Michael Jr. and Melissa, who have given him two grandchildren, Amelia and Eli.  The Matouseks live in Millersville, Maryland.  After 38 1/2 years of federal service, Mike just retired from his program manager position at the corporate headquarters of the U.S. Postal Service in Washington, D.C.