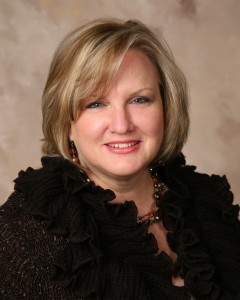 I am a native of Ambridge, Pennsylvania, just north of Pittsburgh, and have been involved with polka music since birth. My parents, John and Kay Zychowski met at a Frank Wojnarowski dance and my two older brothers, Jan and David, started playing music in their own band, the Polka Aires back in the late 60’s. Dave would go on to own the WAM record label, producing many of the most popular polka recordings of a generation along with Gary Rhamy of Peppermint Studios in Youngstown, Ohio. I also have a younger sister, Laurie.

My first memories of polka music are attending dances as a family in the early 1960’s at many of the popular dance halls and clubs in the Pittsburgh/Penn-Ohio area: West View Park Danceland, the Monaca P.N.A., Fiedor’s Grove and Idora Park are my most vivid memories, where I saw Li’l Wally, Marion Lush, the Ampol Aires, Li’l Ronnie and the Carousels, the Bell Hops, the Polka Jets and so many other bands perform. On the weekends when we weren’t attending dances, the music was blaring over the kitchen radio from the many polka shows that broadcasted on Saturdays and Sundays. And when these shows were over for the weekend, we played albums on the family stereo. It was then that I started to memorize the Polish words to the songs…from the back of the LP albums and from the Li’l Wally songbooks!

As we grew older and my brothers formed the Polka Aires, we travelled further and met the greatest people, those who shared the common bonds of our Eastern European culture and polka music! It was a great time to be young and involved with polka music! The number of polka bands of all styles and from all parts of the country was tremendous during the late 60’s, 70’s and 80’s.

I continued to enjoy polka music and events through the years and when polka shows became available through internet streaming, decided to pursue my own show on The Polka Jammer Network. In May 2008 Joni’s Jammin’ Polkas began as a one-hour taped show on Monday night and then I went “live” on Tuesday evenings in November of that year and continue doing my show to this day. This year, I was so very fortunate to win the award of 2013 IJ/DJ of the Year from the United States Polka Association and am sincerely happy that I can entertain listeners with the same music that I have loved for 55 years!

In addition to serving as an IPA Director, I am also Secretary of the Polka Jammer Network Board of Directors. A graduate of Robert Morris University, I am currently employed as a Volunteer Specialist at The Minerals, Metals and Materials Society in Warrendale, PA and am also the proud mom of three children who were adopted from Warsaw, Poland in 2002: Andrew, Konrad and Paulina. And while music is my passion, I’m also a sports fan (how can you not be when you hail from Pittsburgh!) and enjoy reading biographies and anything history-related, cooking and entertaining, gardening and home décor. One of my greatest pleasures remains to be traveling around the country visiting friends and enjoying polka music!