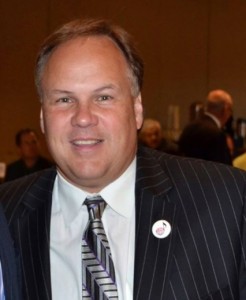 I was previously on the IPA board from 1995-1997 as Director.  I was elected again in 2010 as a director and was voted in as Financial Secretary at the 2014 convention.

My parents introduced me to polkas at a young age.  I started playing accordion at the age of 6 years old.  My first accordion was purchased by my grandma.  I took accordion lessons from Chester Kordelewski who was the accordion player with the great Johnnie Bomba Orchestra.  I took lessons from him for approximately 10 years.

At the age of 10, Ray “Melvin” Rzeszutko and I, who both attended St. Pete and Paul School, formed a two piece band called the Little Tones.  After that I was the leader of CMA  – Chicago’s Milwaukee Avenue and currently am the leader of Freeze Dried.

I was born in Chicago, Illinois and moved to the suburb of Oak Lawn at the age of 13.  I currently reside in Plainfield, Illinois, with my wife and two daughters, Katie and Hayley.  I also have two older daughters, Holly and Tiffany.

I am the owner of Graphic Pallet and Transport, which will be celebrating its 20th year in 2015.  I enjoy playing polka music and occasional trips to the casino, hence getting one of my many nicknames, “Johnny Casino.”  I enjoy playing ice hockey and am a big fan of the Chicago Blackhawks!  I also enjoy spending time with my wife and kids, partaking  in my daughters’ sports activities and enjoy working with them to make a splash in the musical industry.

My goal is to help with the perseverance of polka music.