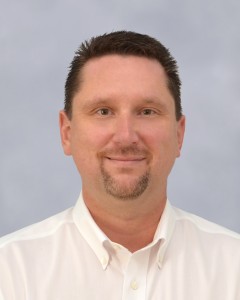 John Zelasko began playing drums at age 5 and started accordion lessons by age 8.  John’s father, John Zelasko Sr., was the leader and accordion player for the Polka Kavaliers (The Kavaliers) for 39 years until the band retired in 2006. John Jr. played his first job on accordion with the Polka Kavaliers when he was 8 and joined the band, full-time, by the time he was 10.  He began playing the trumpet in junior high school and moved to the trumpet with his dad’s band when he started high school. It was right around this time that John started playing the concertina.  John joined and traveled with The Brass Connection (accordion) during his senior year of high school and later joined The Dynasticks, which led to the formation of Prime Drive.  In 1993 and 1994, John fulfilled his childhood dream to travel and perform with Eddie Blazonczyk’s Versatones.  Since then, John has played with Gerry Kaminski’s Merry Makers, The Dynatones, Polka Country Musicians and Change of Pace.  He is a current member of The Knewz and also performs with The Project.  John has also recorded on over 30 albums to date.

John’s main polka musical influences have been his father and The Kavaliers and Eddie Blazonczyk’s Versatones.  There are many polka musician “heroes” that have influenced John over the years.  Some of them include Richie Sendra, Rich Tokarz, and Al Piatkowski (accordion), Lenny Gomulka, Bill Kalinowski and Jimmy Weber (trumpet) and Jerry Darlak, Mike Fudalla, Paul Fudalla, and Pete Dardzinski (concertina).

John and his wife, Pam, have a son, Jacob, and daughter, Jenna.  They reside in Grand Rapids, MI.

In addition to polka music, John loves to golf, and some of his other interests include graphic design/website design, photography, videography, audio recording/engineering, and anything to do with technology.  John owns his own business, Z Tech Solutions, which specializes in small business IT support and website design.