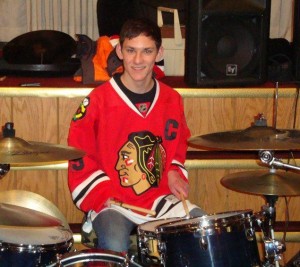 I have been involved with the IPA since 2010 when I was appointed as Youth Advisor. It’s been a great experience because I know I’m working with like-minded people whose goal is to keep polka music alive and preserve it for future generations.

he first time I can remember being involved in polkas was when I was three years old. Rick Rzeszutko’s Music Company was performing for my grandfather’s 55th birthday party, and somehow I got up on stage and started playing Danny Okrzesik’s drums and from there the beat went on.

I hope to promote polka music to everyone, not just Polish Americans, and to somehow find the missing piece of the puzzle to draw younger generations in.