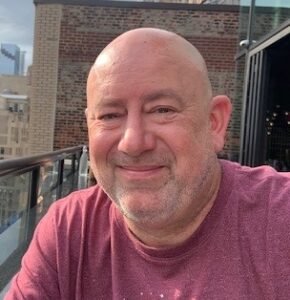 *Henry Lenard was appointed to the IPA board in October, 2021, to fill a vacant “out-of-town” Director position.

I consider it an honor and a privilege to take on this role.

I was raised in Newark, NJ and now reside in Clayton, DE. I was in my early 20’s when I started following
polkas, so you can say that I got a late start, but I’m doing my best to make up for lost time by being active for the last 30+ years.

Growing up in north Jersey, I attended many dances on a frequent basis at the Bayway Polish Home in Elizabeth, NJ. There I
would meet many of the band leaders, band members and friends that I still have today.

I am also an active member of the Polish Falcons of America, Nest 104 in Newark/Clark, and am also a member of
Nest 4 in South Bend, IN.  I served a 4 year term as an officer for District 1 which was housed at the Polanka in Somerville, NJ where I ran many dances.

After my move to Delaware 24 years ago, I continued to pursue and interact with the Polish American / Polka community in Wilmington.

My goal as an IPA Director, is to continue to promote polka music, as well as work toward increasing our
membership levels.  Also, to provide support to my fellow officers and directors of the IPA in whatever capacity is
needed as we continue to move forward as an association.