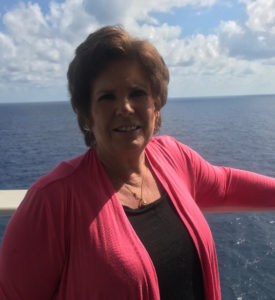 My name is Cheryl Furmaniak, I have been involved all my life with The Polka Ancestry.  I can remember my Great Grandfather listening to polka music, my Grandparents, my Parents and of course our household.  My Uncle Rick played accordion and several musicians from the Back of The Yards, many prominent musicians came from there.  My Dad played drums and sat in with Lil Wally sometimes.  I went to many events with my Parents and enjoyed it then as I do now.  My Brother Frank Alberts also played drums and was in the original band of The Dial A Tones and with the Music Company.  I played accordion for a few years and gave it up when I met my husband John, my Polka’s didn’t sound quite as good as his.

I am the Proud wife of an International Polka Association Hall of Fame inductee, John “Foo”Furmaniak, we reside in Bolingbrook, Illinois. Continued to keep the family history going with always having Polka Music in our lives, listening to the radio, going to events, teaching my children in the kitchen how to Polka dance, and being Secretary with The United Polka Association back in the day.

I have three magnificent children.  Christy, your new International Polka Association President.  Who is amazing beyond belief.  She is married to John Krawisz who also is a amazing Polka musician and your new Director.  Daughters Katie and Hayley who are continuing with the Polish traditions with their singing and musical talents.  Johnny Jr. who began his roadie stint with his Dad when he played with Marion Lush.  He is an admired talented Sports Agent and married to Dorine, they have three of my Petunias.  Sydney an amazing woman in college, Morgan our soccer extraordinariness, and Avery who is starting her soccer life. They all come to Polka events when possible   Jason “JJ” who had shown his talents on the baseball field becoming a Pro in 2000. He was able to meet so many Polka people over the years which he cherished.  Married to Jen, they have our only Grandson Jaylen who began his Polka experiences because the only way he’d stop crying in the car was to listen to his Papas CD.  He is following in his Dads footsteps as an Athlete.  Jolena the last of our Petunias who loves to dance at Polka events.

In 2017 I retired from my wonderful 33 years federal career to take care of Foo who has had some major health issues.  Thanks to our Polka Family for their support and The IPA and tribute band for having him play on stage again.  2019 has been amazing, not for just Foo’s progress, I was elected as Secretary of the IPA.

Over the years, I would always help out and now look forward to being the motivational, dedicated person I could be. To pass on “The Gift” to those Children , Grandchildren , Great -Grandchildren who have such an amazing heritage that should not be forgotten.  To have everyone be involved in this great Legacy.