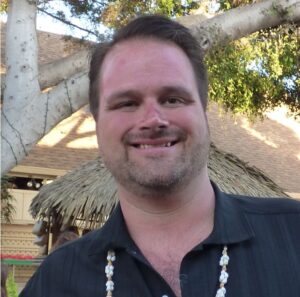 Polkas have been a part of my life for as long as I can remember. The music was instilled by my parents by regularly having polka music played in our home and bringing me to places my dad was playing around Chicago.  This made me want to perform and play the as well as I got older…if you can say 12 years old being older.

That was my age when I first performed in a polka band and have been playing on and off since then. Currently you can see me playing drums and singing with the D Street Band and filling in with other bands as needed.

In addition I am also an IJ on Polish New Castle Radio. I have a show called A Double Dose of Polkas with my buddy, Tony Blazonczyk, and can be heard Saturday afternoons.

I have a wife Rena of 20 years. I also have a son who plays trumpet and is a music major at the University of Northern Iowa and a daughter who also plays clarinet in high school band.

I wanted to try and be more involved in the future direction of polkas which is why becoming a director of the IPA was something that I was interested in doing. In year two, I can say I’m proud that I made this decision and happy to work with some great people on this board. Looking forward to another fun and productive year.