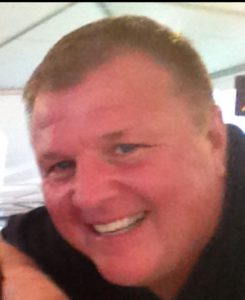 Brad Turk has been a member of the IPA since 2013 and has been on the Board of Directors since 2018. He is currently serving on both the Bylaws and Hall of Fame committees for the IPA.

Brad resides in Ocala, Florida with his wife of 22 years, Corinne, and their Shih Tzu, Bella. His introduction to polka music began back in the small western Pennsylvania town of Saltsburg when his grandparents introduced him to polka music at weddings and church bazaars. This translated into a lifelong love of polka music. His aunt, Eileen, bought him his first drum set when he was seven years old. At the age of twelve, Brad joined his first polka band, C.O.D. – Come On Dance. Although he was playing with much “older” – high school – musicians, he needed to be driven to practices and gigs! His mother, Evelyn, was the original Uber driver in these earlier musical years.

Throughout his college years, Brad played with a local polka band, The Skylarks, as their drummer. He also was gaining experience doing fill-in work as the drummer for various other area polka bands. Upon graduation, reality set in as he began his professional career in the fire apparatus manufacturing business. While not playing in a band at that point, Brad still remained active in the polka music scene, spending many weekends at such legendary polka venues as Fiedor’s Grove in Mount Pleasant, PA and many other area polka festivals.

In 1995, Brad moved to Ocala with his then fiancé, Corinne, and found new polka venues in Florida. Earlier that same year, Corinne was crowned Miss 1995 U.S.P.A Queen. Brad’s love of drumming motivated him to renew that passion and he joined a local polka musical group, Jan Cyman Musical Aires, in 1999. He played with this six-member band for eleven years. Shortly thereafter, Brad formed a different band called, Northern Sounds. Over the years, the band has become a staple of the polka music scene in Florida. While the busiest time of the year remains around Octoberfest, Northern Sounds maintains a busy performance schedule throughout the year.

Brad cites the influences of such polka band legends as the Dynatones, Eddie Blazoncyk and The Versatones, and Lenny Gomulka. Interestingly enough, Lenny Gomulka and Chicago Push played for Brad and Corinne’s wedding in 1997.

Being part of the IPA, as well as other Polish American clubs in Florida, is extremely rewarding for Brad. His hope is that he will be able to share his love of polka music with future generations. Being on the Board for the IPA is a great honor and he looks forward to helping the IPA in any way possible.