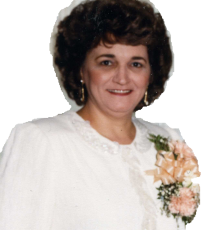 The year Judy was born, the number one song was the Beer Barrel Polka ! Judy came from a family of 16. Her father was Polish, and her mother was Ukrainian. As a child, she was influenced by Lil Wally’s music as it was the entertainment for holidays, family gatherings, and weekends.She tirelessly promoted polkas throughout the last 44 years. She was co-founder of the Polka Ambassadors Club in 1970. Her dance group — Jr Ambassador Dancers — entertained for over 15 years. They performed at various festivals throughout the states including Carnegie Hall in Pittsburgh with Bobby Vinton. Judy gave polka dance lessons in the 70’s and 80’s, and this prompted her to create the USPA Queen Pageant in 1980. Among her commendations include the Presidential Award from the USPA in 1985, and elector of the IPA (Hall of Fame) for well over 20 years.The transition from her dance group went to promoting polka bands, dances, and festivals in the Tri-state area (PA, WV, Ohio). She held the renowned Eriesistible Erie Polka Days in Pa for over 8 years, Oglebay Polka Weekend in WV for 9 years, Polka Jamboree on the Hills of Ohio for 10 years, Lakeview Polka Weekend for 4 years, and the Mt Summit Inn Polka Weekend for 5 years. She has promoted many bus tours to polka festivals including many trips to Mardi Gras in La, Las Vegas, and Lil Wally’s Tour of Rome Italy when he sang in the Vatican for Pope John Paul II.Judy co-starred with Jimmy Soldridge on his popular polka radio show on WWVA Wheeling WV for 7 years. This radio show was a big hit with many listeners requesting songs for birthdays, anniversaries, and tributes to popular singers and bands. Judy, along with her sister Verna, performed in their own band the Western Pa Concertina Stars for quite a few years. Their talent and popularity in Western Pa prompted Charlie Hyatt and The Happy Harmony Boys to get Judy and Verna to be included their album – On The Road, Honky Style. Her late-husband Samuel, four children, Melanie, Valerie, Chuckie (1962-2010), Kimberly and 5 grandchildren knew all too well about how her passion for polka music has influenced THEIR lives as well — they were bottle fed with polka music! Judy Stringhill’s commitment and passion for promoting polka music is neverending and continues to this day.