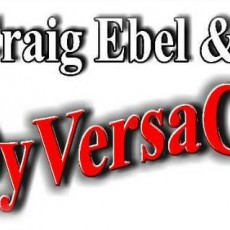 Craig Ebel & DyVersaCo is a polka variety band based out of Minneapolis, Minnesota. The band plays a wide variety of music from polkas, waltzes, and schottisches to country and Cajun. DyVersaCo is a crowd pleaser no matter where they perform, as they are fun to watch and provide a unique song selection with a solid beat. The band will entertain you beyond your expectations leaving you humming their melodies long after the performance is done!

Musicians performing with DyVersaCo include Craig Ebel on concertina. Craig has been involved in music all his life with his mother, LaVay, singing and playing guitar in country western bands and his father, Elhart, building and operating the Bel-Rae Ballroom from 1964 to 1971. The Bel-Rae became one of the most popular dance spots in the upper Midwest and a great influence on Craig’s musical career, which has spanned over 30 years. Craig has played drums, concertina, and keyboard in all styles of music including rock, country, big band, and polka. He has performed with “America’s Polka King” Frank Yankovic, Grammy Award Winner Walter Ostanek, Myron Floren, Dick Contino, Karl & The Country Dutchmen, Roger Bright, Joey Miskulin, and countless others. Craig is also the host of “It’s Polka Time!” a syndicated radio show heard across the United States and over the Internet. In 2012, Craig was inducted into the International Polka Association’s Polka Hall of Fame for his outstanding contributions towards the advancement of the polka music industry. His knowledge of the music makes him the perfect person to front the band.
Lori Ebel, Craig’s wife, distinguishes DyVersaCo from other bands with her fun fiddle playing and solid trumpet tones. Originally from New Ulm, Minnesota, a city famous for generating renowned Dutchmen-style polka bands, she grew up in the midst of legendary polka musicians such as Whoopee John, Harold Loeffelmacher, Elmer Scheid, and Fezz Fritsche. With over twenty years of playing polka music with her parents’ band (The Marv Nissel Band), Lori brings great enthusiasm and diversity to the band.
Jean Stang plays bass with DyVersaCo. Jean grew up in west central Minnesota, where people learned to polka before they learned to walk. She started playing clarinet at the age of 10, and quickly learned the concertina. After winning first place at a talent contest playing her concertina, she formed her own polka band at the age of 14. Wanting to add more variety, she learned the bass guitar. Jean has also performed with Renata & Girls, Girls, Girls and LaVerne & The Starlite Girls. After 20 years away from the scene, she is thrilled to be performing again. Jean’s love and excitement for the music complements DyVersaCo’s fun sound.
Keeping the beat for DyVersaCo is Chris Staniec, one of the finest utility drummers in Minnesota. Chris has been playing drums for over 25 years and has performed with the Polka Beats, Pathand, Barefoot Becky, and Bill Koncar. Chris’s versatility and steady rhythm assures that the band provides a wide variety of solid entertainment at each performance.
DyVersaCo is fortunate to have an array of second trumpet and sax/clarinet musicians performing with them. Included in this are Gary Jasicki, Mike Cielecki, and Jens Jensen. Gary is an original member of the Jolly Jokers and has also performed with The Polka Padre (Father Kapoun) & The Ambassadors, Billy Jasicki & Polka Joy, and John Filipczak & The Classics. Mike is a long time member of Ray Dorschner’s Rainbow Valley Dutchmen as well as Karl & The Country Dutchmen. He also had his own band for a number of years called the Polka Chips. Jens is also a long time member of the Rainbow Valley Dutchmen and has recorded with the Andy Justman Orchestra. He has been a band director/music teacher for over 20 years. These astounding musicians have countless years of experience in the polka field, which give them the ability to improvise and provide perfect harmonies for the band’s arrangements.
Last, but not least is Craig and Lori’s son, Christopher Ebel, who started playing drums at the age of 3. He travels with the band and sets in a few tunes on the drums at each performance. He also mimics his parents by playing a toy accordion. Christopher loves polka music, which is seen by his infectious smile when he is on stage. He has been featured on WCCO TV, the Minneapolis/St. Paul CBS affiliate, where he was labeled the “Amazing 6-Year-Old Polka Drummer” in 2011. To watch the CBS story, click here. This segment was due to a passerby’s upload to YouTube where Christopher has snagged over 360,000 views. Recently, at the age of 7, he also appeared in a segment entitled, “Land of 10,000 Stories,” on KARE 11, the Minneapolis/St. Paul NBC affiliate, where he was given the title, “Polka Phenom.” Click here for the NBC “Land of 10,000 Stories.” Although he is barely able to reach the pedals, he is a wonder to watch!