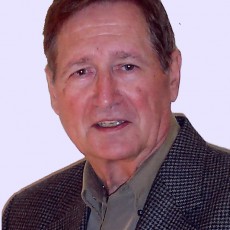 ADAM BARTHALT was born in Ridgewood, Queens, a borough of New York City. Adam’s deep-rooted interest in music began unpretentiously at the age of three with a toy accordion he received from his grandparents while on a visit to Europe.

By the time Adam was seven, he had graduated to the “real thing” and he began his formal musical education. At the age of twelve, he earned his first dollar playing solo at local establishments in the Catskill Mountains, where he lived. When Adam reached age 16, he was a full-fledged Master of The Accordion, who had formed his own Polka Band, which had a series of constant engagements at leading resorts in the Catskill area.

Through the years, Adam’s reputation in The Polka Field steadily grew. His bookings started taking him from local NY engagements to such places as: Michigan, Florida, South Carolina, Delaware, Ohio, Texas, California, Georgia, Hawaii, and points in between!

In 1975, Adam recorded his first album and to date has 12 albums to his credit. 1975 also was the year Adam was named Director of Entertainment for one of the largest festivals held in the USA which prompted him to start his own production company. Shortly thereafter, Adam Barthalt Musical Productions was booking talent for Civic and Corporate Activities both locally and Nationally!

It was in 1977 that the Cruise Companies recognized his talents and authorized him as booking agent for Polka-Fest Cruises. Since then he has hired bands and dancers for 147 cruises, 63 of which he has done himself (including THE LOVE BOAT); a Feat Hard to Match!

After numerous requests for information concerning Adam’s appearances, a mailing list was started which now numbers over 2,500. He also takes pride in having a very active FAN CLUB.

In 1978, Adam and his band were invited to perform in Austria, and to date has had 26 years of Tours to Europe. In 1996 & 1998, Adam featured USA Tours. In 1991, Adam was awarded the Prestigious “Golden Badge of Honor” by the Austrian National Tourist office for special achievement in the promotion of Austrian tourism through his music. In 1998, the Government of Slovenia awarded Adam THE CERTIFICATE OF APPRECIATION for his immense contribution to the cultural heritage of Slovenia.

Adam’s current concert dates are eagerly anticipated, and through his radio shows, his production company, travel tours, recordings and personal appearances, he has truly brought happiness to the hearts of Polka Lovers everywhere! Adam thanks all his fans for their dedicated support throughout his musical career!

If you are looking for something different, exciting, good times, really “Super Charged Entertainment; whether Polka-Style or for the “Music of Your Life”, make your affair more fun with THE ADAM BARTHALT BAND!