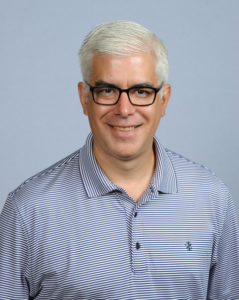 In September 2021, Chris Bogdon was elected as the Second Vice-President of the International Polka Association.  Chris began his tenure with the IPA board in 2020 as a director from Pennsylvania. Chris’ love for music goes back to him as a kid when he used to watch his father performing with IPA Hall Of Famer Matt Wasielewski and the Polka Jets.   Since falling in love with the music, Chris had the honor of performing with Matt Wasielewski, Energy, Rhythm and Sound, John Stevens and Doubleshot, Li’l John and the ATM Band and Henny and the Versa J’s.   Since 2012 Chris has been performing Concertina and Bass with Polka Country Musicians.

Chris’s love for polkas even extends to his kids.   His daughter Emma has been a Polka IJ on the Polka Jammer Network and hosts her show, the Polka Loving Girl Show.   Also, his son Andrew continues to get better on the Trumpet and even performed on stage with his dad a few times.

Chris is looking forward to serving on the IPA board and wants to help grow and expand the music that we all love!