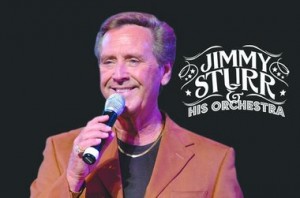 Today’s most eligible polka bachelor is Jimmy Sturr.  He is Irish, earns big figures a year and owns a radio station.

At the ripe old age of thirteen, Jimmy was off and playing.  The first bookings were those classical traditional, all-out, three-day Polish weddings.  That kind of experience comes to few bandleaders.  A full music scholarship gave Jimmy the chance to attend the Valley Forge Military Academy.  After that came the University of Scranton.  During that time, the band continued without Jimmy.  For the first nine years the Sturr band played strictly in the polka field.

While off the road, Jimmy is President and sole owner of WTBQ Radio in Warwick, New York.  He is also President of National Polka Artists, Inc., and the Starr Record Co., on which many other artists record.  Jimmy also owns his own travel agency called (what else?)  Jimmy Sturr Travel.