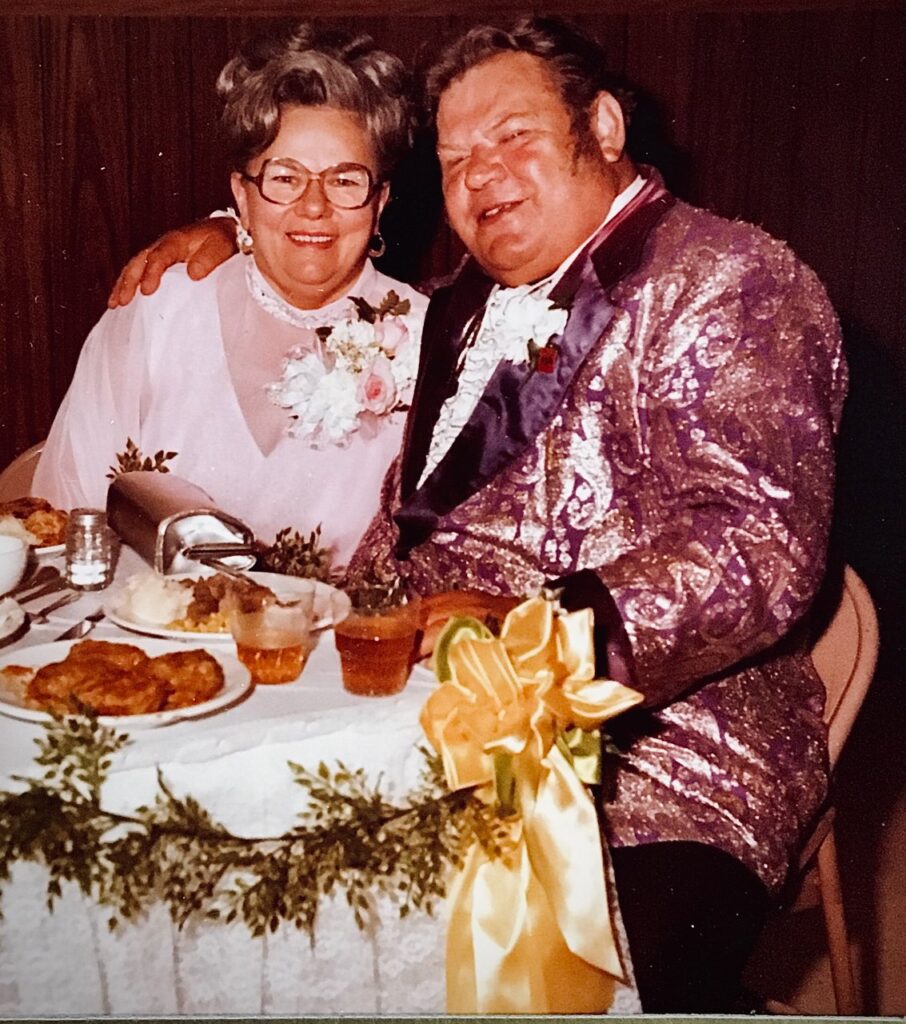 Anthony W. Zebrowski was born June 12, 1925 in Bayonne, NJ. When he was 2 he and his family returned to their homeland, Białystok Poland. He lived there for the next 20 years. On April 1, 1945 Anthony and Zofia (Zosia) were married. In 1947 Anthony boarded a ship bound for the USA. He left behind his first child Sophie and his wife Zosia, who unknown to them at the time, was pregnant with their second child Anthony. As he left, he vowed to send for them. He would never return to Poland. While sailing, he subsidized the cost of his passage by performing music during Catholic Masses. Thus began his career in music and entertainment.

In 1949 promises were kept and Anthony, Zofia and their family which had grown to two children were reunited. They settled in Bayonne, NJ. At that time Anthony was the only one who spoke a limited amount of English. In 1951 they relocated to Cleveland, OH. They eventually taught themselves how to speak English while maintaining their Polish heritage. This was partially accomplished by watching television shows such as I Love Lucy and The Honeymooners. This could explain Anthony’s comedic nature. During the next ten years Anthony worked in various and diverse fields. He opened grocery, dry cleaning and music stores. He worked as a machinist and also had a weekly Polish radio program with his young daughter Sophie. A self-taught musician, he was an accomplished accordionist, violinist and drummer. During this period, he was performing as a musician. He also formed and was the leader of an otherwise all girl polka band called “The Polish Sweethearts Orchestra”. He has written material and performed on several recordings. This includes a 78 recording of the original A.Z.Z. Polka. As it was for so many others, it was an exciting time in all their lives. Anthony was no exception as he continued to chase his dream.

While in his 30’s, he realized his professional and personal calling was to be a representative of the Polish people and to spread the good cheer associated with Polish music. In 1963 with his Polish accent and broken English he began his full time job of broadcasting as a radio disc jockey on WZAK 93.1 FM in Cleveland, OH. He would later become known as A.W. Zebrowski, The Polka Baron. It was during this high point in his career that he produced, directed and announced “The Polish International Program”. Within days of his debut program, he had solicited more than 100 sponsors. The Brookstate Inn, Third Federal Savings and Loan, Eddy Ostry’s Lansing Tires, Newburgh Super Market, Basista Furniture and others remained faithful to both A.W. and the Polish community during the years that followed.

With the support and help of his wife Zofia, he built “The A.Z.Z. Studio”. A pioneer in so many ways, he had begun broadcasting live from his home studio in 1969. One of his dreams was to give his audience as many hours of on-air Polish entertainment as possible. To this day no other single disc jockey has provided more weekly on-air Polish entertainment than he did. He was on the air 7 days a week, Sunday from 5:30am to 9am and 8:30pm to 10pm. Monday through Friday 5:30am to 8:30am and 3:30pm to 5:30pm, and Saturday from 11:00am to 2:00pm and 8:00pm to 9:00pm. His on-air program had grown to 33 ½ hours a week. As demands on his time grew, his son Anthony joined the radio business and announced the weekday afternoon programs. By that time the other children Sophie, Elizabeth, Crystine, Maryann, Joseph, Richard and Barbara were all heavily involved in the recording of commercials, special occasion programs as well as doing public appearances. A.W. also began an on-air interaction with one of his radio station engineers Dennis. Dennis and Elizabeth eventually married. With cameo on-air appearance by Zofia, the Polish International Program had truly become a family production.

A.W. was a strong promoter and supporter of his Polish heritage and music. To promote his Polish heritage and the music he loved, he made countless public appearances. He did many live remote broadcasts from dances, retail stores, shopping malls, specials events, the old Cleveland Browns Stadium and theme parks such as Sea World and Geauga Lake. He also participated in many parades as well as the Bicentennial Wagon Train Pilgrimage in 1976. A.W. and members of his family could be seen traveling parade routes on foot, in horse drawn carriages, on horseback or in luxury automobiles. Costumes would range from traditional to extravagant. The majority of the parades also included Tom Mroczka and The Music Box playing their live polka music as they traveled the streets. He introduced his audiences to polka stars like Lil Wally, Marion Lush, Happy Louie, Frank Wojnarowski, Eddie Blazonczyk, Wanda and Stephanie, Ray Budzilek, Lenny Zadel, Joe Oberaitis, Wally Chips, Bruno Mikos and many other great and talented entertainers from Cleveland and across the country.

During the 1960’s and 70’s Polish people were often insulted, mocked and used as the punch line of jokes. There was also a stereotype associated with wearing white socks. None of that bothered A.W.. He was proud of being Polish and wanted everyone to listen to him and enjoy his music. In 1975 he appeared on the cover of the Cleveland Magazine wearing a tuxedo jacket and “those white socks” to show everyone “I am Polish and proud”.

A.W. received hundreds of awards from virtually every Polish organization in the Cleveland area. He was presented with the keys to cities, plaques, trophies, proclamations from the Governor, the Ohio Senate and House and the U.S. Senate. There were multiple declarations of A.W. Zebrowski Day and proclamations from Pope Paul VI and later Pope John Paul II, the only Polish Pope who proclaimed the work he was doing. In print, on radio, and as a guest of various television talk shows, he spread the word that polkas are good. He was opinionated, at times controversial and always expressing his beliefs. He loved what he did and he loved the audiences that smiled and cried while listening to him.

Many of us remember waking to his program. Others might remember driving or working around the house with the radio blaring. For some the special holiday programs brought back memories of traditions that have since disappeared. And to a few of us, the strongest memory is the simple sound of a rooster crowing.

On November 13, 1979 at approximately 8:00am, while A.W. was on the air broadcasting from The A.Z.Z. Studio, the airwaves went silent. Later that day it was announced that during his program A.W. had suffered a heart attack and died. He was 54 years old.

October 29, 1976 City of Cleveland Mayor Ralph J. Perk - Resolution of congratulations for his achievements during the past 28 years in bringing Polish Entertainment to the Polish Community

1947 arrived in USA. Bayonne, NJ. He traveled to America on a ship. While onboard ship he played as a musician to help cover his fare.

November 13, 1979 – Passed away on the air during a live morning radio broadcast.