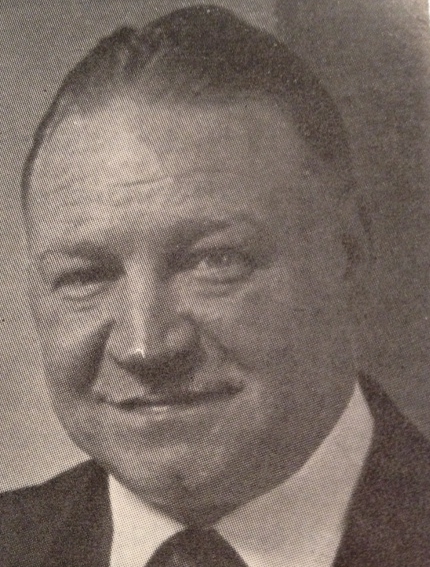 Ted was born in New York of Polish parentage.  While attending Commerce High School, he began his first formal study of music at 13, and formed his first band shortly thereafter in 1935.  He played violin and trumpet.

During the 1939-1940 World’s Fair, Ted played at the Polish Pavilion of Krakow.  In 1939, he entered his band in the Academy of Music Band Contest against fifteen other bands of all types.  The Maksymowicz group played “Beer Barrel Polka” and won first prize.  This led to a contract for personal appearances at RKO Theaters.

In 1949 he managed to obtain a booking at the Roseland Ballroom on Broadway as a “one-night test.”  It turned out to be the longest one-nighter in history—every Monday night at the ballroom for the next seven years.  In 1950, Ted introduced the polka to the famed Harvest Moon Ball held annually at Madison Square Gardens in New York by the Daily News to find the best dancers in the area.

In 1953, the leading Polish daily chose the band as the foremost Polka band in the East.  Ted was a disc jockey on radio WEBD in New York daily.  His band played at virtually all the top Polish affairs throughout the East coast and all of New England.  Recordings followed on such labels as ABC Paramount, Riverside, United Artists, Top Rank and Polka Towne.

He belonged to many Polish fraternal groups and served as a director of the Polish Singers Alliance of American for many years.  When Mitch Miller’s Sing-Alongs were popular on television, Mitch collaborated with Ted on the presentation of such Polish numbers as “Zosia Polka.”

Ted Maksymowicz departed from this world on June 3, 1973, at the age of 57.  His interpretations of the old world folk music has aided considerably in bringing the polka to the attention of America’s dance-conscious public.