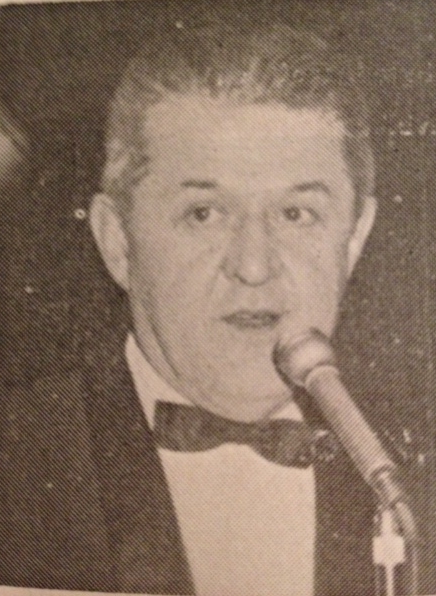 Steve Adamczyk was born in Chicago, the eldest of four children of the late Stephen and Lottie (nee Kazanecki) Adamczyk.  His parents introduced Steve to music at an early age, enrolling him as a student of piano, his first teachers being the Felician Sisters of SS. Peter and Paul Parish.  When a school was organized, Steve turned his attention to the saxophone and clarinet.

When in their teens, Steve and a few neighborhood friends formed a band, playing at weddings, parties, dances, and other functions.  A short time later, Steve was asked to be the clarinetist in a polka band which was featured by the late John Nieminski on his live radio show, “The Polish Merry-Go-Round.”

Steve and his band have been the recipients of many awards within the polka field, and they appeared on many television and radio shows in the Chicago and Midwest area, among them the “Ron Terry Polka Party” and the “Frankie Yankovic Show.”

Steve and his orchestra have had a long and pleasant relationship with Dana Recording Company, making many albums and singles with that company.  They also recorded on the Rondo, Capitol, and Ridgemoor labels.  The Adamczyk band style is recognizable by a well achieved balance of sound; the arrangements frequently featuring clarinet duets, and always having a “beat that moves your feet.”

Steve and his wife, Jeanette, were the proud parents of five children:  Joyce (Mrs. Steve Fornek), Robert James (Cathy), Marian, and Steven.  Over the years, Steve was very active in the activities of his parish church, and served as organist and director of the choir.  He was a member and past president of the Holy Name Society, a member of the Polish Roman Catholic Union, the Polish National Alliance, and the Knights of Columbus, where he served as choral director.  He was an avid sports fan and, as a participant, he enjoyed bowling and golf.

When asked to comment on his years in the polka field, Steve answered:  “They have been wonderful years of enjoyment and satisfaction.  But, without Our Lord’s blessings, without the love and understanding of my wife and family, the encouragement and guidance of my parents, without the dedication and cooperation of the men in my band, and without the affection and support of Polka fans everywhere, they could not possibly have been the same wonderful years of enjoyment and satisfaction.”

Steve’s death was mourned by his many fans.