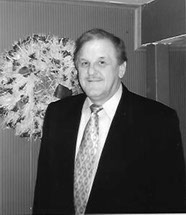 Raymond Jarusinski was born on November 3, 1945. He was the youngest of three boys. His parents were John and Blanch Jarusinski. Ray’s ethnic background consisted of his mother being Polish and his father Slovak. As a small boy, Ray enjoyed listening to the Polka radio programs with his parents and grandmother. His grandmother, Laura, was instrumental in teaching him the proper diction and pronunciation of the Polish language and music. She instilled in him his love for the traditional sound of Polish polka music.

Jarusinski always wanted to play the drums. When he was ten years old, his mother bought him his first play drum. By the time he was fifteen, he had accomplished enough for his dad to purchase for him his first drum set. His talent on the drums, along with his brother Edward on the accordion, formed his first polka band called the Polkats in 1951. He recorded his first 45 rpm demo called “In My Garden” polka. They began playing at the PNA Club in Glassport, Pennsylvania, which was a standing engagement every Sunday night. The Gibala and Jasiewicz families, who had the Belhops Orchestra, would often stop in to hear Jarusinski and the Polkats Orchestra. The drummer of the Belhops was in the military and Ray was asked to fill in on the drums. This was his first opportunity to travel to such places as New London, Connecticut, Manhattan, New York and Detroit, Michigan.

Jarusinski was only in his teens when he had the opportunity to meet many famous musicians such as Happy Louie, Frank Wojnarowski and his guest singer Teresa Zapolska, and the famous Ampol Aires and Kryger Brothers.

In the summer of 1969 Ray was drafted into the Army where he served as a sergeant in the Food Service Supply Division. His brother sent him a battery-operated record player to Vietnam along with the latest recordings of Li’l Wally and Eddie Blazonczyk, Sr. Stanley Ogrodny began corresponding with Ray and encouraged him to form his own band when he returned home.

Upon returning home, Jarusinski started practicing and singing with fellow musicians Ted Gibala, Walt and Bobby Shutty, Stanley and Edward Ogrodny and in 1971 formed the band Ray Jay & the Carousels. The band cut its first album called “Presenting Ray Jay & the Carousels” in 1972. Ray loves to sing the traditional Polish style polkas, waltzes and obereks, but developed his own special distinctive tenor style of singing while playing the drums.

Jarusinski started singing and playing at many local clubs, picnic groves, festivals, shopping malls and live radio and television broadcasts throughout Western Pennsylvania. He got his first “out of town” job playing for the IPA Convention in Milwaukee in 1972.

Since 1971, Ray Jay & the Carousels have performed countless times for many polka gatherings, including many major polka festivals and conventions throughout the United States. He has received awards from the Pennsylvania Polka Association, The Polish Ambassadors, The Polish Crusaders and the Polka Power Club of Western Pennsylvania. He has performed on fourteen polka cruises including cruises with the Jimmy Sturr Orchestra and Happy Louie & Julcia.

Jarusinski has made nine Polka albums bearing special interest in the “Chicago Style” polka music such as that of Li’l Wally and the Ampol Aires. It has been his distinctive and unique singing voice along with his great dancing beat that has set him apart from many other polka orchestras.

His main objective is to keep polish polka music as pure as it was when he first heard it as a child in the 1950s and 1960s. His first concern is to sing and play for the people to listen and dance to his traditional polka beat. After forty-five years, Jarusinski continues to attract polka fans young and old with his unique style.

Raymond Jarusinski resides in Prevue, Pennsylvania, with his loving wife of 24 years, MaryAnn, his daughter Natalie and son Anthony. He is most proud of his appearance on “Hooray for Honky” recorded at Glendora House in Chicago. He is planning to release a new compilation of tunes he recorded and also a new CD in the near future. Ray has no plans of retiring from polka music and as long as people want to hear his music, he will be happy to play for them.