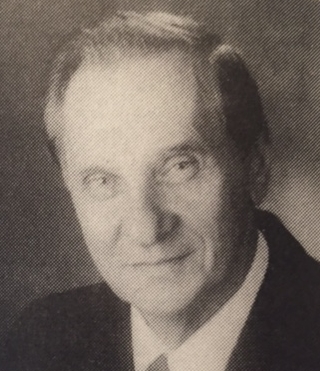 Ray Dorschner was born in the tiny village of Ziattau, Wisconsin, one of seven children born to Theodore and Berta Dorschner. Theodore owned and operated a sawmill and woodworking business in Zittau and was an old-time fiddler. Dad and sons occasionally played for local parties and dances. Ray started playing button accordion at about five years of age and later switched to piano accordion.

In 1949 Ray started his non-musical career by becoming a laboratory technician at The Institute of Paper Chemistry in Appleton, Wisconsin. After 2-1/2 years there, he moved on to be a research and development laboratory technician at Marathon Corporation in Menasha, Wisconsin, which later became part of American National Can. He retired from American National Can Company in 1992 as a Senior Research Scientist.

On October 20, 1951, Ray married Donna Steffens. Ray and Donna have three sons, Randy, Steve and Jim. All of the sons play with the Rainbow Valley Dutchmen. Ray organized the Rainbow Valley Dutchmen in 1950, playing first full engagement at the Cinderella Ballroom in Appleton, Wisconsin. The band has played throughout the Midwest, plaving at all of the great ballrooms and all of the major polka festivals. The band had a weekly radio show in the 1950s, a weekly television show in the 1960s, and made tow performing tours in Europe in 1970s. The band was selected to play at the Minnesota State Fair for two years and recently have added the great Milwaukee German Feat to their annual schedule. They have performed at every Durant (Iowa) Polka Festival since its start. They have also been selected to perform at the National Council for the Traditional Arts Folk Festival in Dayton, Ohio this year. The band has recorded 15 LP albums, numerous singles and a CD (The Best Of Rainbow Valley).

Ray started his music composition career prior to organizing the Rainbow Dutchmen; his first composition entitled Bachelor’s Waltz. He added many more compositions throughout the years, presently totaling more than 60 compositions. Most of the compositions have been recorded by the Rainbow Valley Dutchmen, many have become industry standards and are played by all of the great old-time bands. Many of his compositions have been recorded by these bands including Whoopee John, Babe Wagner, Elmer Scheid, Ernie Coopman, Earl Schmidt, Jerry Schuft, Ivan Kahle, Dean Hansen, Ernie Kucera, and many others. Most noteworthy have been Rainbow Valley Polka, Putzig Polka, Concertina Holiday, Polka Day Polka, Tune Timer’s Polka, Dutch Maid Waltz, and Schmaltzie Music. His style has influenced many musicians and bands. His composition February March was arranged for concert band and has been performed by various area concert bands.

The following are some of the accomplishments of Ray Dorschner and the Rainbow Valley Dutchmen.

• Performed at the First International Polka Festival in Austria

• Selected twice to perform at the Minnesota State Fair

• Recorded 15 LPs and numerous singles including a CD

• Performed at all of the major festivals in the Midwest

• Awarded the European-American Music Award in 1995

• Selected to perform at the National Council for Traditional Arts 1996 Folk Festival in Dayton, Ohio.