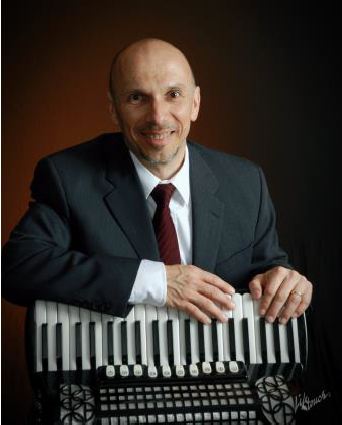 Randy Koslosky has made significant contributions to the polka industry as a performer, songwriter, studio musician, producer, and creator of unique polka productions. Born in Pittsburgh in 1962, Randy has been actively performing polka music since 1976. He started with a band formed along with his brother that later became known as Energy. He also performed regularly with The Sounds and later joined Henny & the Versa J’s. With these bands, he has been part of several award-winning and Grammy-nominated recordings.

As a songwriter Randy composed hundreds of songs, most of which were recorded by over twenty different bands. Several of his songs received awards and honors from the International Polka Association, United States Polka Association, and other polka organizations.

As a studio musician, Randy was first invited to record with The Sounds in 1987. He has recorded over 1,200 songs on more than 100 recordings with over 45 bands.

Randy has been a pioneer as the creator of many unique polka productions, including events that have helped to foster the involvement of the younger generation of polka fans.

In recognition of these and other achievements, the Electorate has determined Randy Koslosky to be inducted into the Polka Music Hall of Fame®.