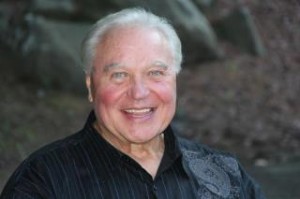 Michael “Mitch” Biskup born in Montreal Canada, joined a new polka band back in 1969 called the Golden Brass, which soon became one of the top five polka bands in the nation and in 1971 captured the “Triple Crown” by winning the IPA Awards for Best LP, “Let The Sunshine In,” Best Instrumental Group and Best Single Recording.

Although the combinations of musicians and instrumentation changed over the years (as well as a name change to The New Brass), Biskup served as Master of Ceremonies and lead vocalist and wrote and recorded numerous hit songs for all of their eight albums. The most memorable tunes were the “Flea Fly Polka” and “Strawberries, Raspberries Polka,” both of which were based on folk songs from Biskup’s childhood in Montreal and include verses in French, English and Polish.

One of Biskup’s favorite activities was organizing and hosting tours. Fans from Los Angeles, to Quebec City, Canada had the opportunity to travel and enjoy polka music with the New Brass. Mitch has performed at every major festival in the country, his fondest was his first performance at Polkabration in New London, Connecticut, in 1969 when the Golden Brass took the polka world by storm with the new sound and driving energy. Biskup boast’s a long list of accolades from many polka organizations and Disc-jockeys over the years. However his fondest are from the polka fans who love to reminisce about days gone by.

Biskup, who now performs only occasionally, spends his spare time spreading the joy of polka music in the eastern part of the country. He organizes and hosts the annual New Brass reunions for past members and followers of the band, pops up as a guest DJ on WMUA for polkathon fund-raisers, serves as master of ceremonies at a number of affairs and is a member of the local Polish Christmas Carolers who spread holiday cheer. Mitch is also a member of the Board of Directors for the Polish American Citizens Club in Ludlow, Massachusetts, and is also active on a state level. Biskup is a member of the Ancient & Honorable Artillery Company, which was chartered in 1638 and is headquartered at Faneuil Hall in Boston. He is a regional sales manager who is employed at a national automotive financial company.

His wife Sharon is a professor at Holyoke College and they have a son Matthew, who is a senior at the University of Massachusetts. They have been married for 25 years and they reside in Ware, Mass.

Michael “Mitch” Biskup joins the ranks of the “Polka World’s Elite,” enshrined into the IPA Polka Music Hall of Fame.