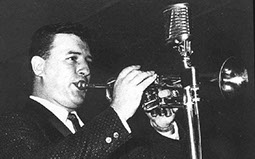 Marion Lush was born in 1931.  He began playing accordion at the age of 8, then took up drums, followed by trumpet.  At age 16 he joined the American Federation of Musicians.  Appearing regularly on the Ron Terry Polka Show on WGN-TV for eight years, he was voted “Chicago’s Most Popular Polka Band” in a contest conducted by that show.  His first Dyno record hit “Hey Cavalier Polka” further increased his popularity.  His fans held a testimonial for him in 1967 at Joe and Jean’s in Chicago at which he was named “The Golden Voice of Polkas.”

Since the IPA came into existence and established the Annual Polka Music Awards and the Polka Music Hall of Fame, Marion Lush received the award for Best Male Vocalist three years in a row, in 1968-69-70.  His Dyno hit “Blue Eyes Crying In The Rain” received the Best Single Award for 1970.

Marion was the owner of the Dyno Record Company since 1955, and the owner of Lu-Mar Publishing Company since 1959.  He was responsible for the words, music and arrangements to 80 songs composed since 1955.  He received numerous awards for record breaking crowds at ballrooms, parks and resorts throughout the U.S.; received keys to the city from mayors; was made an honorary sheriff; and was presented a platinum plaque by the Polonia of New England in 1969.

He was the father of four—Sherry, Glen, Gary and Gail—and his attractive wife’s name was Nancy.

Polka fans in New Jersey and New York listened on Sundays to his radio show on WEVD-FM.

Huge crowds attended the wake upon his passing, feeling a serious loss to the polka field. He died on  May 4, 1993, at the age of 61 years.