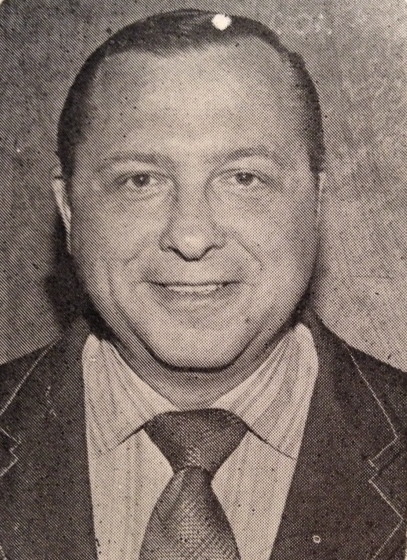 Leon J. Kozicki was born on July 4, 1930 in Chicago.  He attended grammar school at St. Peter and Paul’s at which time he first became exposed to music when his father presented him with a button accordion one Christmas.  As a youngster he became ill with pneumonia and upon recovery the doctor recommended a wind instrument to help develop and strengthen his lungs.  He tried the trumpet but settled with the clarinet on which he became very proficient.  While in grammar school he formed his first band, the Rhythm Kids.  While at Holy Trinity High School he formed another band.  His group played showers, weddings, dances and numerous charitable engagements.  During World War II, he played for bond rallies, flag dedication events and at veteran hospitals.  He also played many of the night spots on Polish Broadway (Division Street) with his associate Joe Koldon.  Leon with all his activities, found time to marry Virginia Klockowska, on May 31, 1952.  Shortly after their marriage, he entered the U.S. Army where he served in a Special Services Band overseas for 18 months.  The band had occasions to tour many of the Asian countries.  During these visits, the band known as the “Sophisticats” played for King of Siam, King Bhumidal (now known to us as Thailand).  After his discharge from the service he attended DePaul and Loyola University.  While in the pursuit of his Bachelor of Arts Degree in Sociology, he formed a group known as Lee’s Dynatones.  This group appeared on many radio and television programs.  In 1957 he produced his own radio program on WOPA.

He was instrumental in the formation of the first polka publication in the country, “Polka Guide”, and served as its editor.  His untiring efforts in traveling and contacting various deejays, promoters and band leaders throughout the country for a common cause bears witness to his enormous devotion to the Polka field.  He was one of the first to nationalize polka music.

In 1968 Leon’s dream was fulfilled when he and a few of his friends formed the nucleus of the International Polka Association.  He served as its first president.  In conjunction with the organization of IPA, Leon thought it should be fitting that polka personalities be justly recognized and rewarded for their contributions in the field.  Simultaneously the Polka Music Hall of Fame was established.

Having a full time job as Director of Intake of the Cook County Juvenile Center and doing research work in the field of Polka music, one would think Leon at this time would sit back and relax for a while.  No, not Leon – he will not rest until the Polka Music and Polka Hall of Fame recipients are properly enshrined in the IPA’s own Polka Music Hall of Fame Building.