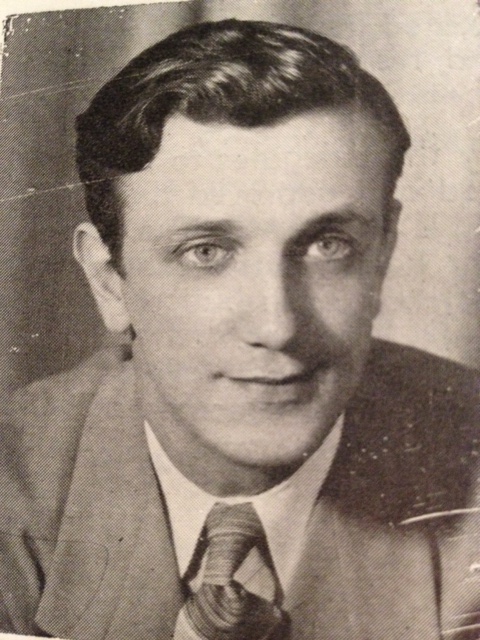 Johnnie Bomba was born in Chicago.  While in the 4th grade at Sacred Heart School.  He started playing clarinet with the school band.  In 7th grade he already played with local dance bands, and in 8th grade formed his own group.  In De La Salle High School he was the first chair alto clarinetist in the concert band.  He formed a 15-piece dance band and played dance halls, ballrooms, and hotels.

During World War II, Johnnie was with the 30th Division Special Services where he led the band drum and bugle corps, and helped put on stage and USO shows.  He also worked on in counter-intelligence, landed in France on D-Day plus 2, and was in six major battles.

After his discharge he returned to the band, and it was then he became really devoted to polka music.  In 1948 his band played live WGES radio broadcasts on Sundays, and later, also on Thursday evenings.  It was then that Walter Dana contacted Johnny to record.  His band was the first Midwestern band to record, introducing his Chicago style to Polka lovers in the East.

In 1951 he was named Midwest Polka King by ballroom proprietors and record distributors.  His band played steady weekly engagements at the Aragon and Trianon Ballrooms for two years.  With television coming into its own, Johnnie Bomba’s Orchestra was featured on the Howard Moto’s Polka Parade weekly on WGN-TV.  Appearances followed on Rudy Orisek’s International Café, the Ron Terry Show, and other television programs.  He also had his own radio show on stations WOPA in Oak Park, Illinois.

In 1978, his band had a featured a role in the movie “F.I.S.T.” starring Sylvester Stallone, playing Hungarian and Lithuanian music.

Johnnie felt that his life in the music field was blessed.  He met and made friends with many wonderful people. That was made possible through the love, understanding, and encouragement of his wife Janice, and children John Jr., Linda, Bernard, and Richard.

In 2005 he was reported as living in Oak Forest, Illinois.