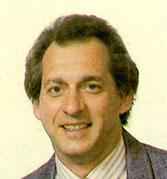 Jerry M. Darlak has devoted his whole life to the promotion of polka music. In his many years as a working musician, he has performed and recorded with the nation’s most prestigious polka orchestras. His love of polka music is indisputable. He continued this tradition with his own band and work as a promoter.

All too often, musicians like Jerry Darlak are overlooked for honors that are bestowed upon the industry’s most identifiable names. However, Jerry has been much more than a professional sideman; for over 25 years his sole occupation was that of a polka musician, an achievement that warrants the attention of both his peers and those who have enjoyed the contributions. Jerry has made a contribution to the polka industry.

Jerry Darlak was born in Chicago on September 22, 1946. At the age of seven, he began drum lessons, and at the age of 12 began his career as a polka musician.

Within two years, at the age of 14, he was playing polka music three nights a week with his own band, The Lucky Stars. He led this five-piece polka band throughout high school.

When asked by his guidance counselor at Thornton Fractional South High School in Lansing, Illinois, what path he wished to follow, Jerry replied, “All I want to do is be a Polka Musician.”

Inspired by the great polka legend Li’l Wally Jagiello, Jerry took interest in the concertina and began lessons on that instrument at age 11. The charisma generated by Li’l Wally had a profound effect on Jerry, as like his hero, he soon made playing drums and concertina the center of his life.

In 1962, at the age of 16, Jerry was asked to join Li’l Richard Towalski’s band as a concertina player. Disbanding the Lucky Stars, he was soon immersed in the life style of a full-time, professional polka musician. He spent over a year and a half with Chicago’s ‘Polka General,” learning the ins and outs of the Windy City’s polka circuit.

Shortly after, at the famous Caldwell Woods on Chicago’s North Side, he was introduced to the international polka star, Marion Lush. Learning that Lush’s Musical Stars would soon be in need of a full-time drummer, jerry asked Lush for an audition. While it is hard to believe today, Lush auditioned over 300 drummers who sought to play with the country’s most famous polka star.

Impressed with both the talent and enthusiasm that Jerry had to offer, Lush chose the high school junior to be the back beat of the Musical Stars. His first job with that band was in August of 1963 at a polka weekend in Omaha, Nebraska. This was quite an achievement for someone not yet 18 years old!

Jerry played drums with Lush’s band until 1965, when he was drafted into the U.S. Army. While stationed at Fort Hood, Texas, he flew back to Chicago every weekend to perform with the Lush orchestra. He also played drums with the 5th Army Band, which was assigned to Fort Hood.

In July of that year, Jerry received orders that he would be stationed in Germany. This, however, would not keep him away from his beloved polka music: with his duffel bag and mess kit came his concertina.

Now a member of the 7th U.S. Army, he auditioned for drummer with that division’s band. He won the position and performed throughout Germany and parts of Europe. However, when it was learned that he was a full-time polka musician, and had brought his concertina with him, he soon was a featured artist with the group, playing Polish, German and other polkas at the Band’s numerous shows.

Jerry returned to the United States in February 1967, and was again a member of Lush’s Musical Stars. In addition to working as the band’s concertina player, he also served as Lush’s booking agent and handled all the band’s business arrangements. The number of jobs contracted through Jerry were more than some polka bands play in their entire existence, as it was not uncommon to play seven days a week for six-weeks at a time.

It was also during this tenure with Lush that his influence on the polka music industry would become evident. Looking to capture the essence of the music’s Polish folk roots, Jerry developed what is today a standard blueprint foremost polka bands. Unheard of at the time (as most bands used either a solo concertina or solo accordion in their arrangements,, Jerry devised his new sound by adding Richie Tokarz on accordion to compliment his concertina. The sound was an overnight success and raised

Lush’s orchestra to higher levels of popularity. After nearly a decade as Marion Lush’s drummer and concertina player, Jerry became a member of the award winning Eddie Blazonczyk’s Versatones, joining that group in 1972.

For the next 15 plus years, Jerry played concertina with the Versatones, performing as a full4ime polka musician forty-two to forty-four weeks of the year. During this period, both the Versatones and Jerry chalked up countless awards, citations and other commendations for their sound and their dedication to the preservation and continuance of polka music.

Jerry retired from the Versatones in 1987, and moved to Cheektowaga, N.Y., a suburb of yet another polka capital, Buffalo. The move marked the first time in 25 years that his livelihood was not that of a full-time musician. But not for long.

Employed by the Town of Cheektowaga, the administration of the Town’s Annual Polish American Arts Festival soon learned of Jerry’s move, and asked him to be a member of the committee. He also joined the Bellaires, one of Buffalo’s most respected polka groups, led by ‘Big Steve” Krzeminski. Big Steve was responsible for introducing Chicago-style polkas to Western New York in the early 1960s.

Jerry has recorded over 600 songs on nearly 60 albums in his career and has among his numerous citations two Grammy awards. He has performed across the continental United States and Hawaii, Canada, Poland, Germany, and Austria.

In 1995, when Big Steve Krzeminski decided to retire from playing and devote his career to his daily polka radio show, Jerry again proved his love for polka music by forming his own band, Jerry Darlak and The Touch. The band has quickly become one of Buffalo’s most popular orchestras, and it concentrates on providing the solid “pod nogi” type of polka music that Jerry was raised on.

Jerry died of cancer on September 8, 2010, and is sorely missed by his many friends and fans.