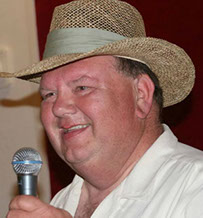 In his youth, Jan Cyman was an avid boy scout in his home-town of Buffalo, New York. He also was first music chair at his high school.

The year was 1965, Buffalo, New York. Fifteen-year-old Jan Cyman played the trumpet in school. A couple of good friends, Larry Trojak and Whitey Ryniec, wanted to start a polka band, but Cyman had no idea what polka music was. They brought him to see polka bands in the area so he could get a feel for the style of music. Shortly after, they became the Dynatones.

After eight years with the band, Cyman was offered a spot with the New Brass. With the love and support of his wife Judy and son Jeffrey, they packed up and moved to Massachusetts.

In 1976, Cyman decided to start his own band and founded the Musicalaires. He, now with the additions of his two daughters, Tracy and Christie, traveled across the country, bringing his passion for polka music wherever he went. He made many friends along the way and they helped develop his love for the genre.

After the death of his father Vincent in 1987, Cyman and his family moved to Florida where he continued to play, promote and produce polka music, including his own internet radio show.

Over the years, his signature trumpet and vocals were heard alongside New Phaze, Sunshine State Express, Florida Honky Polka Band and the B-Sharps, for whom he played his final gig.

Jan has the distinction of being the first president of the Polka Boosters Club of Buffalo, New York. He did charity work for many organizations and associations including the Felician nuns.

Until his passing in 2012, his love of music would only be surpassed by his love of his five grandchildren who looked up to and idolized their very own polka legend.