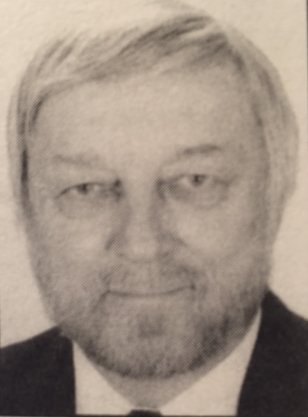 He has also arranged for pop and country stars: Bill Anderson, Willie Nelson and Flaco Jiminez.

At the age of 16, accordionist Henry Will started his own 9-piece polka band but soon began receiving calls to sub in for many bands on accordion or piano including: Walt Solek, Johnny Dyno, Walt Jaworski, Jimmy Sturr, John Demerski & the Villagers, Eddie Skinger, John Przasnyski and others.

Henry Will has been teaching privately accordion and piano instructions for 48 years. His students have included pop stars Karen and Richard Carpenter.

He has made music the focus of his life. And, he has dedicated himself in promoting polka music by his original compositions, arrangements, teaching students and performances with many orchestras. Henry Will has been a “secret weapon” and driving force behind many polka greats and polka events.

Henry Will’s musical training started with accordion lessons at age 9. He studied with Harold Peck – New Haven, the Institute of Music with Ed Sansone of New Haven and Joe Viviano in New York City. Henry studied piano with Samuel Gorsky at the Hartford School of Music (University of Hartford). He studied arranging and orchestration with Hal Jordon (privately), Asher Zlotnik, Hartford School of Music, and Bill Finnegan – privately and briefly. Henry graduated from the University of Hartford in 1959 with a BA in music.

Henry began playing accordion professionally at the age of 13 and had a 4-piece band. At the age of 16 he had a 9-piece polka band for which he wrote and arranged all the music. He began playing in Walt Solek’s band at age 17 and continued playing and arranging for him throughout the years. Henry had his own 9-piece polka band for 5 years performing throughout Connecticut, Massachusetts, Long Island and New York. He played as a sub in the bands of: Jimmy Sturr, Johnny Dyno, Walt Jaworski, John Demerski & the Villagers, Eddie Skinger, John Przasnyski and various other groups. By 2000, he was playing with the Maestro’s Men. He has recorded with John Demerski (piano), Dick Pillar (piano), Rich Bobinski (piano and accordion), Maestro’s Men (accordion, Walt Solek (accordion), Patti & the Guys (piano and accordion) and Eddie Skinger (piano).

Some of Henry’s recorded original compositions are (recorded by Jimmy Sturr) – “Nat the Cat,” “Super Chief,” “Proud to be an American,” “Mr. DJ,” “Break Out the Bottle,” “Green Valley Oberek,” and numerous others.

Henry taught piano and accordion to pop star Richard and Karen Carpenter. Henry is mentioned and quoted in the Life Story book about the Carpenters by author Ray Coleman. He also appeared on the “This Is Your Life” show with the Carpenters. Henry taught Mike Torello, whose symphony has been performed at the Lincoln Center in New York. Henry has also taught numerous other professional and semi-professional musicians. Henry currently resides in Northford, Connecticut, and maintains a full teaching, arranging and performance schedule.