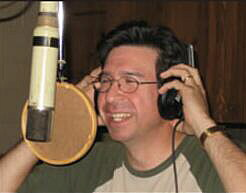 Back in California, where Hank was born, there was a family that played Mexican music called “Los Taconazos.” About 1970, Gus Guzevich, who was Hank’s father, realized that all of his kids adapted very easily to singing and playing music.

Their style was different than everyone else, maybe because when they were kids they listened to all kinds of music, Mexican, Polish, jazz, classical and rock.

Hank, as a musician, has always been a part of a family band. Our band was never about one person. It was never discussed who would do this or that, it just came naturally. They just filled in the gaps without thinking about it.

At the age of eight Hank got some pointers on the trumpet from some good friends of the family. He never had a formal lesson on the trumpet; everything was picked up from recordings of the greats such as Happy Louie, Al Hirt, Louie Armstrong and many more. He never thought about what he was doing, listening and trying to copy what he heard. In the long run this is what makes him play the way he does. He borrowed a little part of these guys’ style and added it to the next, and is own style is what happened.

A graduate of Colton High School in California, Hank played basketball and ran cross country track. In 1984, he graduated from California Paramedical and Technical College with an Associates Degree in computer design and repair. He was also co-valedictorian.

Hank’s Busia, Elenore Guzevich, is the one that helped Hank come up with ideas for new songs. Hank would be in Pennsylvania on family vacations and sit around with her asking how to say something in Polish. It was because of those times that he was able to turn those one liners into songs, such as “Chodz Tutaj,” “Spiewamy Wesoło,” “Bardzo, Bardzo,” “Girl Of My Dreams” and “Jeszcze Raz.”

Another person who really helped Hank to be more accurate with the Polish lyrics is Johnny Libera. He stressed to not become lazy when singing in Polish, but to pronounce every letter.

Hank has always enjoyed recording. When he was 14 years old, he purchased a 4-track TEAC 2340SX reel to reel. With that machine, he proceeded to write over 100 original polkas, as well as pop tunes.

Hank liked to take a small idea and turn it into a song. He just tried to follow the examples of Eddie B, Happy Louie, Marion Lush, Li’l Wally and Lenny Gomulka.

The first polka album he recorded was “All in a Day’s Work.” By 2007, Hank had recorded over 50 polka albums and received eight Grammy nominations. Hank recalls being at Seven Springs in 1986 and meeting Dave Zychowski and Gary Rhamy, who greatly influenced him in the producing and engineering part of the business.

In 1988, a group called “Polka Family” moved from California to Pennsylvania with only a handful of gigs and nowhere to live. In 1990, the Polka Family was nominated for a Polka Grammy, and won the IPA “Song of the Year” and “Band of the Year” awards for their recording entitled “Fiddle Faddle.” Hank wrote all of the songs on that album.

Hank is married to Jodi, Big Daddy Lackowski’s daughter, and they have been blessed with three boys, with a fourth child due in January, 2008.