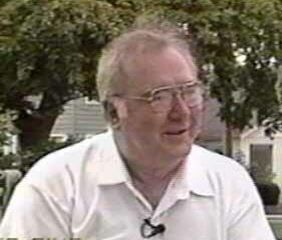 Gene Wisniewski, was the son of Polish immigrants who settled in Connecticut where his dad, a tailor, worked in the weaving Mills in Manchester.  At the age of 15, with three months of instruction on the accordion, he played his first jobs at weddings and taverns with his two brothers on banjo and sax.  From then it developed into a nine-piece orchestra.  This new career was interrupted by World War II when he had to serve a hitch for Uncle Sam as a B-24 pilot.  Upon his discharge in 1945, Gene started teaching accordion.  He opened a music studio and record store in Hartford, Connecticut.  It was through this store that Gene became acquainted with Walter Dana of Dana Records.

Gene found himself making records with his own band, the Harmony Bells, which developed into one of the most versatile big bands of the post war years.  His first hit was “Open The Door Polka.”  The jobs started to come in.  Bookings resulted in Pennsylvania, New Jersey, New York, and then later in Maryland, Canada, Massachusetts and Rhode Island.  As a result, his record sales improves and his reputation grew.  His rich baritone voice was heard on many a record singing in Polish and in English.  He then began free lancing and started his own label, Dala, on which he cut six albums for himself.  He did some records for Rex, Starr and even came to Chicago to record for Chicago Polkas.

Gene was the first out-of-towner to make it in the Chicago area in 1962.  Until then only Frank Wojnarowski had ventured into the area ten years previously.  Gene appeared at Polonia Grove for a “Wishing Well Dance” sponsored by the late Ed Zimmerly.  This was inspired by his hit record “Wishing Well Waltz.”  Gene is credited with breaking the ice as other out-of-town bands then started coming in.

All total, Gene cut 35 to 40 albums.  His activities in the Polka field included that of a composer, vocalist, instrumentalist, recording artist, orchestra leader and record promoter.

Gene married Frances, a German-Irish girl, in 1943.  They resided in Rockville, Connecticut, where they reared two children, Thomas and Jean Ann.