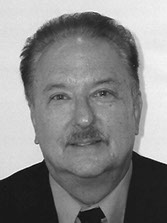 Freddy “K” Kendzierski has been a fixture in the polka scene for over thirty-five years. He was born in the Bronx, New York, which was then a mecca for polka music with greats like Bernie Witkowski and Regina Kujawa. At the age of seven, Fred decided he wanted to play the accordion and started taking lessons from Bernie Witkowski’s cousin Walter. In the early 1960’s, when the neighbors started to move out of the city, Fred’s family moved to South Plainfield, New Jersey, but Fred still was making the trip into the city for his lessons. He started his first band at the age of 15 with his neighbor Rich Sobizenski who was then 21. He needed Rich to get him into the bars to book his band, since he wasn’t old enough to get in on his own. Rich would have the managers come out to talk to Fred in order to get the booking. The “Freddy K Band” was now on it’s way. In the beginning, the band played a lot of local dances and weddings. Fred had a standing job during the week at the resorts in the Catskills, New York and Mount Freedom, New Jersey and then had to go to school the next morning. In between, Fred also filled in with other various bands in the area, such as Bernie Goydish, Pennsylvania Merry Makers, Johnny Stavins and Krygier Brothers among others.

In 1968, Fred met his wife Linda at “The Polonka” in Dover, New Jersey at a Happy Louie dance and they were married in October of 1970. Soon after that came the birth of their daughter Diana in December, 1971 and Freddy Jr. in April 1974. The band was now in full swing playing Fridays, Saturdays and Sundays, along with some occasioinal weekdays thrown in. During that time, Freddy recorded a couple of 45s and his first album called “It’s Polka Time” which were heard across the Eastern seaboard. The band was now traveling west to Pennsylvania, Ohio, Illinois, Michigan, Wisconsin and St. Louis, north to New York, Massachusetts, Connecticut and New Hampshire and south to Maryland, Delaware, West Virginia and Florida making a total of fifteen states in which they performed including their home state of New Jersey.

During the early 1970s, Fred started to promote polka music as well. Along with Roger Lichwala of  “The New Brass,” they ran dances for over five years at “The Polonka” in Dover, New Jersey for the benefit of the International Polka Association to help promote polka music. Fred held several dances on his own and the band never refused to play for various charities and benefits, such as the Deborah Heart & Lung Hospital (New Jersey) and the Jimmy Fund among others. And when an organization needed to raise money, they donated their services to them as well. When a local musician was killed in a freak hunting incident, Fred, with the help of a local DJ, organized a dance for the infant daughter and wife, which was attended by over 1000 people and which set up a substantial trust fund for them.

The “Freddy K Band” was now much in demand with several recordings being played on radio stations across the country. They were performing at all the major polka festivals, Wildwood Polka Spree, Polkamotion by the Ocean in Ocean City, Maryland, Dick Pillar’s Polkabration in New London, Connecticut, Pulaski Polka Days, Seven Springs, Pennsylvania, IPA in Chicago and UPSA in Ohio as well as the polka weekends in the Poconos and the Catskills and the balance of their schedule were dances played for a great number of polka promoters as far west as St. Louis. They also appeared several times on “Pennylvania Polkas,” which was a syndicated Cable TV show seen throughout Pennsylvania, New York, New Jersey and Ohio. Fred and Linda arranged bus tours to take polka fans along when the band performed at various festivals and polka weekends. They also organized several cruises to the Caribbean where the band performed to a wide variety of people.

Through the years, many of the musicians who played in the “Freddy K Band” have gone on to perform with many of the top bands in the industry, include Eddie Blazonczyk’s Versatones, the New Brass, Polka Family, Jimmy Sturr and Lenny Gomulka & Chicago Push.

The year 1992 brought Fred one of his proudest moments when Freddy Jr. joined the band on a full-time basis on trumpet. At this time, the band was in the height of its popularity. Then tragedy struck in July of 1997 when Freddy Jr., who was becoming one of the rising young stars in the polka industry, died in an automobile accident. At the suggestion of Joe Dziuba, Fred’s bass player at the time, Fred and Linda started “The Freddy K Jr Music Scholarship Fund”. With the help of polka promoter and DJ Bernie Goydish, fellow musicians, DJs, and wonderful polka fans, they raised over $20,000 for the fund. To date, they have endowed seven young musicians graduating from high school with $1,000 each to be used towards their college education. Selection is made by five different judges every year who are promoters, DJs, band leaders and musicians. Each year an award is made to a promising high school senior involved in the polka industry.

Fred has remained a prominent figure in polka music. He has recorded twelve albums and has written most of the songs performed on each album and his songs have been recorded by other polka bands. Fred has been a Director with the International Polka Association in Chicago, Illinois for over fifteen years and he is now serving as 2nd Vice President.

During all of this, Fred has run his own business since 1985. He works with major developers in the construction industry and has jobs and crews working in four states, New Jersey, Pennsylvania, New York and Massachusetts.

Fred and Linda’s daughter Diana is married to David Kosinski from Amsterdam, New York who has played drums with various polka bands and they now reside in New Jersey. In April of 2000 they presented Fred and Linda with their first grandchild, Justin, and granddaughter, Lea in December 2002. Both are already showing an interest in polka music and will undoubtedly follow their Dziadzi into the wonderful world of polkas.