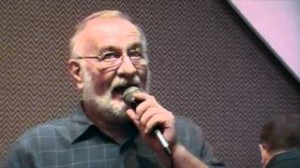 Having been raised in an ethnic community in Niagara Falls, New York undoubtedly had something to do with Freddie Bulinski’s early exposure to and fascination with Polka music. He was born February 5, 1947 to Fred and Martha Bulinski, the eldest of three children. His sister, Suzanne is administrative head of the Emergency Department at Rochester General Hospital; and his brother Dan is a Colonel in the U.S. Army, serving as the Professor of Military Science at William & Mary College. Freddie attended St. Stanislaus Kostka parochial school followed by Bishop Duffy High School and graduated from Niagara University with a degree in Russian History.

In 1961, Freddie began playing weddings and dances in western New York with several established Polka bands. Then in 1963, he felt the need to start his own group and with some young players formed the Musical Knights Orchestra. For the next 4 years, he stayed with this local group. In 1967, Freddie started playing with many of the fine Buffalo Polka bands, including the G-Notes, Walt Jaworski Orchestra., the Musicales, and Wanda & Stephanie. This was a great learning experience for him as he was exposed to a different and developing type of polka music known as “Chicago style.”

In 1968, Freddie entered military service. He enlisted with the Army Security Agency; he received training as a Russian linguist and served in this capacity for the entirety of his enlistment. In 1969 he married Marsha Sumera from Blasdell, NY. She is a graduate of Canisius College of Buffalo and is currently employed as a Quality Control Manager for Giant Foods in Washington, D.C. Freddie and Marsha’s daughter, Karen, is nineteen and attends a local college. Karen was a member of a Polka dance group, the Polka Kids, and performed at many festivals and dances. Upon completion of this tour of duty in 1972, Freddie returned to western New York and joined up with the Jumping Jacks Orchestra. It was during this visit home, that he decided to take a position with the Department of Defense in Washington, D.C. And he and his wife Marsha, moved to Maryland. Today Freddie still works for the Defense Department as a computer systems applications manager. Freddie is active in the community. He is a 3rd Degree Knight of Columbus and has been a member of the Benevolent and Protective Order of Elks for over ten years. Every year he volunteers his service to Polish Community Association and the Baltimore Polish Festival and helps in various ways from working in ticket booths to bartending.

Upon his arrival in Maryland, Freddie immediately became involved with the Polish community in Baltimore and sought out a polka band to join. There was a trio, the Vestmen, playing around town with a very young Frankie Borzymowsk. Freddie played in Frankie’s group for almost three years. In 1975, Freddie met up with the Matousek brothers, Mike and Steve and together with their cousin David Jankiewicz and a fine horn player from Pennsylvania, Dave Korch, formed the Brass Works. After sixteen years, seven Polka albums and several rotations of musicians, the Brass Works are still performing all over the East coast. The Brass Works have, under Freddie’s leadership, attempted to pay back their good fortune and success with special performances for charitable causes and also to support other promoters of polka music.

Special to Freddie and the band were the Jimmy Fund dances in Massachusetts run by IPA Hall of Famer Joe Struzik. The AARC and BARC (Anne Arundel and Baltimore Association for Retarded Citizens) is another favorite charity the band works for.

Besides performing Polka music, Freddie has written and recorded over 20 original tunes. He has migrated Pop, Country and Blue Grass songs and transformed them into outstanding Polka Arrangements. He and the Brass Works were among the first Polka Bands to perform for a Polka Mass. The Brass Works have played Polka Masses for special occasions such as the annual Thanksgiving Day celebration at Sacred Heart of Mary in Baltimore and last year for the IPA Festival in Chicago.

In addition to being an active Polka musician and band leader, Freddie served the Baltimore Polka community during the years 1979 through 1985 as a Polka DJ on WBMD 75AM. The show aired every Saturday and with his co-host Gil Ziemski brought the latest in Polka music into the homes of the Baltimore Polka fans. It was in 1980 that Freddie together with his wife, Marsha and Gil and Mary Ziemski kicked off the first Polkamotion By The Ocean festival in Ocean City, MD. This event immediately sprung to national prominence and special success. Freddie and his partner and staff sought to introduce the sincere concept of putting together a festival that really belonged to the thousands of fans who came out to enjoy the finest Polka music performed by the best bands available. In September, 1980, Freddie introduced the festival from the stage in Ocean City by saying, “This is Polkamotion, and This is for You!” For over thirteen years he has worked on that premise, the festival belongs to the people, “our job is to give them what they want at an affordable price with no compromise in excellence and especially friendship.”

Freddie and the Brass Works have made several radio and television appearances including doing shows with Jolly Joe Timer in Allentown, PA, and a nationally syndicated show on the USA cable network with Titan Sports Productions. Other milestones in Freddie’s career as a promoter and performer have included several Polka Trips; many bus trips to Catskill Polka Weekends to support Dick Pillar’s Pines Weekend, Jimmy Sturr’s Polka Weekend, Bernie Goydish, Billy Flynn, Fran Fierst, John Stanky and others who put on these great Polka Affairs.

Freddie has organized Polka Trips to Hawaii and cruises throughout the Caribbean and South America. He and the Brass Works have appeared at virtually every major Polka Festival, from Polkabration in New London, Conn., to the Frankenmuth Festival in Michigan. The Brass Works have received several awards of recognition including the best new band award at Polka Spree in Wildwood, N.J., in their first festival appearance in 1976. Freddie has received awards of recognition for his contributions to the community from the Polish Community Association of Baltimore. He received a special friendship award from the Hrukus Hellraisers from Cohoes, New York, and he was presented with the Key to Ocean City in recognition of what he and Polkamotion By the Ocean have done to increase tourism in this Maryland resort.

Freddie and the band have recently released their eighth album Brass Works Live from Polkamotion, a truly live recording of their performance in Ocean City in 1991. Besides Polka music Fred enjoys traveling, working with computers, deep sea fishing, gardening and he especially enjoys playing golf. He hopes that he can continue to make contributions to the Polka field, either by performing or promoting. He hopes that the industry will continue to grow with more young people entering in as musicians, promoters or as enthusiastic polka fans.