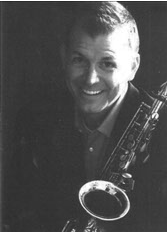 Music has always played an important part of Frank Borzymowski’s life. His first professional gig was at the ripe old age of 14 and it wasn’t long after that all of Baltimore’s Polonia wanted to book Joe and Anita’s boy for their functions. Frank’s high school and college years were filled with great memories playing polkas at Baltimore’s Polish Home, Blob’s Park and all the many Polish parishes through-out the east side of the city.

It was through the generosity of a local polka promoter, Mike Lozosky, Frank learned about the national polka scene. Mike allowed a young Frank and his trio to play at his annual Family Polka Picnics next to such greats as Marion Lush and Happy Louie. This interaction with visiting polka musicians exposed Frank to the many opportunities the national polka scene had to offer and eventually led to Frank “hitting the polka road”.

Whether you first met Frank in the early 1980s when he burst on to the national polka scene leading “The Boys from Baltimore” or through his “Frank and Friends: recordings and live appearances, his performances were always filled with style and classy stage appearances, smooth vocals and solid contemporary polka entertainment. Dubbed the “Polka Crooner”, it was Frank’s vocal styling that made him stand out from the rest. His solid music arrangements and innovative ideas on songs like “Polka Menagerie”, “Ooh Babe”, “Tatus i Mamusiu” and “Sing Like Eddie B”, along with classic medleys such as “The Sweethearts of Polka Music” and “For One Night Only” have also been some of the many musical highlights throughout his career.

Throughout his polka career, Frank Borzymowski has done it all – live performances, television, radio, recordings, master of ceremonies, Director and elector of the IPA, record producer and distributor – and has entertained fans at every Polish polka venue throughout the country. All accomplished with class and style by the boy from Baltimore.