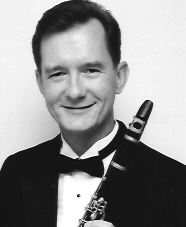 Eddie Siwiec began playing polka music in 1969 and continues to this day. He credits his parents, Chester and Catherine, and his uncle, Joe Smiell, renowned musician, composer and bandleader from Oakland, California, with introducing him to the wonderful world of music and dance. Edward is the youngest of four children and was born along with his twin sister on March 9, 1955, in Dearborn, Michigan, the hometown of Henry Ford, as he likes to say.

Eddie began playing the clarinet in the 4th grade and also began dancing in a Polish National Alliance dance group where he became very intrigued with Polish music. He was quick to sign up for Polish language class and began listening to all of the local polka radio shows. In the ninth grade, Ed began playing the tenor saxophone and was immediately asked by a fellow student to join his new band called “The Intervals.” This would mark the beginning of a long career in professional music performance.

He competed in local and state solo and ensemble competitions and won numerous first place awards throughout his junior high and high school years. He was asked to perform in the state “Honors Band” and was very proud to receive a scholarship from the Fordson High School music department to attend an “All-State” band camp at the internationally known “Interlochen Center for the Arts”. Recognizing his enthusiasm for polka music, Ed’s high school band director, Jack Pierson, featured him as soloist in a symphonic arrangement of the “Clarinet Polka.” Ed graduated with honors and received special recognition by the music department for his talent and enthusiastic involvement in the music program.

It was August of 1972 when Ed and his parents attended their first IPA convention held in Milwaukee, Wisconsin. This, he will tell you, was a monumental experience. Seeing and hearing bands perform “live” at t his national venue was very exciting and after hearing a Chicago based group called “The Tones” (Eddie’s longtime favorite band) he knew that playing polka music would become a passion. At that time, Ed had just been recruited by aspiring polka drummer Tony Kempinski to join his new band “The Dynasticks” (Dynastics). According to Eddie, this group provided the “real training ground” where he was able to perfect not only his playing proficiency, but also develop a skill for arranging music and for writing original musical passages and lyrics. Eddie was featured on clarinet, sax, vocals, and he taught himself to play the trumpet in order to expand the group’s musical capabilities. This talented and versatile group of youngsters gained national exposure after releasing their first recording in 1976. It was a 45 rpm record of two original songs: “Lost Your Love Polka” and an instrumental called “Shoeshine Polka”. This led to playing on the national polka scene and the group recording its first album called “Detroit’s Spirit of Polkas.” This recording featured all original material, a noteworthy achievement for such a young group. At that time, Eddie was attending Henry Ford Community College and found time to co-host a polka radio show over the campus radio station. The Dynastics went on to record a second album called “Take Another Look,” which also featured a number of original songs and unique arrangements.

The Dynasticks disbanded at the end of 1979 and a new decade of musical opportunities began. Eddie had already established a fine reputation among Michigan-based bands and was often called on to do both fill-in work and studio recordings. However, his desire to perform on a national level led him to join well-known vocalist Stas Golonka and his Chicago Masters. Eddie had no problem adapting to Stas’ polka style and would spend the next seven years entertaining fans nationwide with his “tight” harmony vocals, smooth solos, exemplary harmonies and would contribute greatly to Stas’s hit recording “Hooked on Honky.”

In 1987, Eddie returned to the reformed “Dynasticks” where he would again become a major catalyst. Their WRS recording “Back on Track” remains highly regarded by many musicians to this day and Eddie’s arrangement and vocalizing on “Always Polka” quickly became his signature song.

Eddie would continue his pursuit of musical excellence in the 1990s. First, by becoming bandleader of “Prime Time” (Detroit’s Musical Answer) and recording “Prime Drive – Overdrive,” and later accepting a new challenge by joining polka icon Eddie Blazonczyk and his Versatones. After three years on the road and three Grammy nominated recordings, he decided to slow down a bit and freelance. Eddie welcomed the opportunity to again play with a variety of bands, learning and adding to his vast experience with musical style and interpretation. He seized the opportunity to work with the famous “Polka Family Band” in 1997 and learned yet another challenging repertoire of material. Then in 1998 he joined the popular “Toledo Polkamotion” band, which provided him another golden opportunity to showcase his talents and creativity. Eddie made three recordings with TPM and was featured on vocals, trumpet, clarinet, alto sax, tenor sax and, notably, the soprano saxophone, which hadn’t been used for decades in polka music. He remained with TPM until the group’s retirement in 2004 and is now a member of the time honored “Brass Connection” headed by IPA Polka Music Hall of Famer Frank Liszka.

Eddie can be heard on 35 recordings and has performed with numerous bands over the last 36 years, including: Marion Lush, Li’l Wally, Wanda & Stephanie, Lenny Gomulka & Chicago Push, The Sounds, Bruno Mikos, The Beat, Ray Jay & the Carousels, Jan Lewan, the Dynatones, Jimmy Sturr, Jersey Polka Richie and many more. Other career highlights include appearing on the soundtrack and in the movie “Welcome to Collinwood,” attending, by invitation, the Cannes Film Festival; performing at the movie’s premiere in Cleveland and attending the Hollywood premiere; performing at the American Folklife Festival sponsored by the Smithsonian Institute in Michigan and Washington, D.C.; performing over public radio; promoting and running a successful polka dance. His pleasing personality, professional attitude and tireless dedication to musical excellence have earned him the respect of the polka community at large.

Eddie now resides in a suburb of Cleveland, Ohio with his wife and former Polka DJ “Polka Shirley Panczyk” and is currently a representative with Diversified Sales and Service Inc., a firm specializing in solar energy systems and other energy saving products.