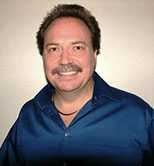 Dennis Polisky, leader, clarinet, tenor saxophone player for the Maestro’s Men Orchestra from Colchester, Connecticut, has been performing and entertaining audiences for over 38 years. His dedication, versatility and personality has earned him the recognition as one of the best clarinet players in the polka field today. He credits his parents, Raymond and Helen Polisky with introducing him to polka music.

Dennis is the third generation of professional musicians. His grandfather, Charles Polisky, played clarinet, sax, violin, French horn, flute, oboe with such bands as the Kryger Orchestra and Paul Whitman’s big band. His father Ray played clarinet and saxophone with the Menko Orchestra from Connecticut for over 50 years.

Dennis is the youngest of four children. He began his career at the age of nine. Encouraged to play the clarinet by his music teacher and dad, Ray, he eventually ventured onto the tenor saxophone. Dennis has also taught himself accordion, guitar, bass, music theory and arranging.

After his first year of clarinet and sax lessons, Dennis joined the Johnny Menko Orchestra along with his dad. Performances included a spot on Channel 40 TV. Dennis played with the Menko Orchestra for many years before joining John Demerski & the Villagers Orchestra from Forestville, Connecticut. After performing with the Villagers for a few years, he joined the Walt Dolecki Orchestra from Terryville, Connecticut, traveling to various venues in Connecticut and Massachusetts. Soon after that, he was approached by the legendary polka leader Ray Henry from Windsor, Connecticut, to join his band. Since this was Dennis’ favorite band, he felt it a great honor to be asked and joined Ray Henry in 1987 and continued with him for eight years. While a member of this band, his greatest influence and inspiration came from the great clarinetist of the Connecticut Twins, Richie Midura.

With all of this experience under his belt, he decided it was time to form his own band and in 1996, Maestro’s Men was born. Their latest recording entitled “Decade” was in celebration of their tenth year of existence. Ten years ago, Dennis Polisky, Stan Murzyn and Bob Tokarz, who performed for many years with the “Maestro” Ray Henry, decided to go on their own. Henry Will and Jackie Libera joined them to make up the Maestro’s Men. Their first recording was “Out Of The Blue.” Ken Yash replaced the late Bob Tokarz and Richie Bernier replaced Henry Will. Later, Trumpet player Andy Galardeau was added to make up the band.

With their popularity, they have performed at many dances, weddings, anniversaries and at all of the major polka festivals.

Maestro’s Men have received numerous awards for promoting and performing polka music. Some of those include: Polka Grammy nomination for their CD “Strike Up The Band”; the International Polka Association Award “Favorite Instrumental Group” for 2002, 2004, 2005, 2006; Favorite Album/CD for “Decade” in 2006; the WARE Band of the Year award from radio station WARE 1250 in Ware, Massachusetts; and People’s Choice Award in 2006 at Polka Spree by the Sea Festival in Wildwood, New Jersey

Their recording release with feature song “Hooray for the NY Yankees” received recognition from major newspapers in the Connecticut area.

Dennis’s love for polka music along with support from his girlfriend, Karen Olszewski, and daughter, Ashley, has made his dream come true.