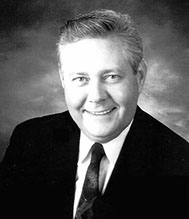 Craig Ebel has been involved in polka music all his life. Craig grew up in a musical family with his mother, LaVay, singing and playing guitar in country western bands and his father, Elhart, building and operating the Bel-Rae Ballroom in Mounds View, Minnesota, from 1964 to 1971. The Bel-Rae became one of the most popular dance spots in the country and the foundation of Craig’s musical career.

Craig and his wife Lori started their own polka variety band called DyVersaCo in 2003 in which Craig plays concertina. Craig’s vision for the band is to promote polka music by giving the dancers a unique song selection and a solid beat. In less than 10 years, DyVersaCo has produced four recordings, appeared on local and national radio and television, traveled extensively and become one of the most sought after polka bands in the upper Midwest.

Craig also plays keyboard and bass. His talents are heard on several recordings including those by Al Derke and the Melody Artists, John Filipczak & the Classics, the Marv Nissel Band, David Austin, Roger Bright and the International Main Street Polka Band. Craig has composed and arranged music for these bands and has produced his own recordings featuring numerous original songs.

Craig is a graduate of the Brown Institute School of Broadcasting and has been in radio since 1981. He has worked as an announcer, reporter, musical director and producer of music programs. In 1991, Craig started “It’s Polka Time!” a local radio show that featured all styles of polka music including German, Polish, Slovenian, Czech, Scandinavian and Conjunto. Over the last 20 years, “It’s Polka Time! has grown from one radio station to a network of over two dozen nationwide. It is also heard worldwide over the internet at http://www.polkajammernetwork.org.

Craig has dedicated his life to the promotion of polka music. From performing at prestigious events with numerous polka bands to strolling with his concertina at assisted living facilities, polka music is Craig’s life. If you ask him which album has a certain song by a certain band on it, not only will he tell you the name of the album, but he will also tell you the year it was recorded and what the album cover looks like! What is so unique about Craig is his respect and love for all styles of polka music, which he is passing on to his children.