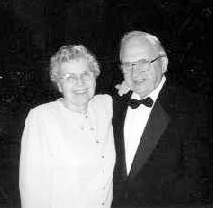 The polka career of Chet Schafer began in 1950, when, together with Li’l Wally Jagiello, their voices were heard on a half-hour polka program on radio station WCRW in Chicago.  But things didn’t roll for Chet until he started his own “Polka Hit Parade” program on station WTAQ, LaGrange, Illinois, in 1952.  On this program he spun the best selling polka records according to the surveys, getting the idea from the then popular television show “Your Hit Parade”.  The request and dedication idea caught on and his Sunday morning program flooded with mail.

In 1954 he expanded to another hour program on Sunday afternoon and held the first polka band popularity contest in the Chicagoland area.  In response to his plea for mail with votes for the listener’s favorite band, he received over 22,000 pieces of mail.  Emerging as a winner of this contest was Steve Adamczyk’s Hungry Six who received 5,102 votes.  “Reader’s Digest” magazine carried a story about this contest in one of their articles.

Chet was the first in Chicago to produce live polka stage shows.  These were variety shows which featured live bands, vocalists, dancing groups, comedy skits, etc…  He also found time to write and his articles appeared in such publications as the “Polka Guide”, “Polka World”, “Michigan Polka News”, and others.  At present he is editor of the “I.P.A. News” , the official publication of the International Polka Association where he also serves as first vice president.

Born in 1922 in Chicago, married in 1953, Chet and his wife Dolores have raised a family of twelve children:  eight girls and four boys.  Today, in addition to his Sunday radio programs and recording company activities, he performs his duties as part owner of a printing firm.