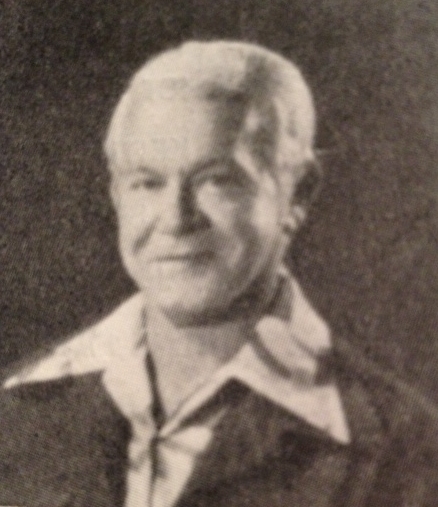 Casey was born in Chicago, Illinois on February 25, 1921.  At the age of seven, he began concertina lessons whenever he had money.  At the age of eleven, Casey played his first wedding, along with his father and brothers, Eddie and John, who were also musicians.  When Casey’s father retired, the “Siewierski Brothers” continued without him.  The Siewierski Brothers proved to be very versatile, each of them switching instruments during a performance.  During the Depression Era, they started Polka music on Division Street, which later became known as “Polish Broadway”.

At the age of 21, Casey married his childhood sweetheart and was inducted into the United States Air Corps.  While in the Service, the Siewierski Brothers orchestra was disbanded.  John went on to play trumpet for Eddie Zima, while Eddie performed with many other bands.

After Casey was discharged from the Service, he started searching out musicians in order to from a group of his own.  Li’l Wally asked Casey to join him instead, so he did.  That’s when Li’l Wally and The Harmony Boys came into existence.

Even though Casey reached success with Li’l Wally, that wasn’t enough.  He had a dream—to make his own kind of music.  And so, Casey decided to establish a group of his own.  With his own band, he then recorded a 78 rpm record, which was never released because of problems involving the Union.  Refusing to give up, Casey persisted and in 1948, he recorded his “Carousel Polka” for Balkan Records, catapulting his new career.  From that time on, Casey’s distinctive style originality, and recognizable technique awarded him the admiration and respect of fellow colleagues.

Casey appeared in numerous cities all over the country, on TV and radio shows, and at benefits.  He composed over 700 songs and recorded for such labels as Ridgemoor, Jay-Jay, Rola, Bel-Aire, and Chicago Polka Records.  He gave his music and lyrics to other bands and guided many young musicians in the polka field.  In fact, one of his two sons also became a musician with a group of his own; the other son is a free-lance artist.

Because of his love for good Polish music, Casey remained very active and, in fact, recorded another LP for the Chicago Polkas label just prior to being inducted into the Polka Music Hall of Fame.