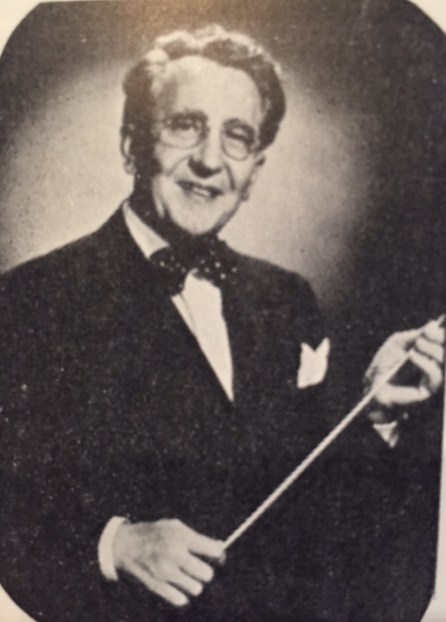 Brunon Kryger was born in Lodz, Poland in 1899.  From early childhood his ambition was to be an entertainer.  The outbreak of W.W.I. dampened his career for a short time for he had to serve 3 years and 4 months in the Polish Army.  After his discharge he studied at the Poznan Conservatory of Music, and upon completion of his studies in 1923 he toured Poland with leading musical shows as on entertainer and M.C., becoming another Rudy Valle so to speak.

Finally in 1925 Brunon came to the U.S. to continue his courtship with his childhood sweetheart Alice Wroclawski in Philadelphia.  The courtship ended in marriage; they raised five children:  George, Eleanor, Lucian, Brunon Jr., and Barbara.

Brunon had an operatic tenor voice and joined a Polish theatrical group touring the country.  Victor Records signed him to make a series of Polish folk songs.  He formed a music school in Philadelphia teaching voice and violin.  An opening for a church organist brought him to Shenandoah where he became choir director of the Chopin Choir.  One day the parish needed an orchestra.  Brunon organized his own.  He went over so well that he had to devote all of his time to his orchestra and resigned as organist.

He then moved to Wilkes-Barre, Pennsylvania in 1938 and from there climbed to the top of the polka field.  He recorded for RCA Victor and Harmonia.  Some of his hits were:  “Hula-La Polka,” “Accordion Polka,” “Ho-Siup Oj Dana Polka,” “Rock Glen Polka,” “Cornet Polka,” etc.  His records sold in almost every state of the Union and also in Germany, France, and England.

Brunon Kryger was crowned “King of Polkas” at the Pittsburgh Arena in 1947.  He received more than 51,000 votes beating out 14 other orchestras.  Brunon Kryger traveled from New England to California.  He was associated with radio stations WEEU in Reading, Pennsylvania, WAZL in Hazelton, Pennsylvania, WBRE and WILK in Wilkes-Barre, Pennsylvania.  He made over 200 records for RCA.  He composed many of his better known polkas and sang them with his group.  His life time friend and companion was another great Polish musician, Ignacy Podgorski of Philadelphia.

In addition to music, he wrote occasional articles and poems for various Polish language newspapers throughout the country.  One of his most famous was a fifteen-part series on Ignacy Jan Paderewski in 1934 in “Tygodnik Gorniczy” [Mining Weekly]. He organized the Polish Veterans Association (SWAP) Post 147 in Wilkes-Barre, and later became the commander of the Post.  He died in 1951 at the age of 52.

Brunon Kryger left behind a legend that will never be forgotten.  He was a person that music was life itself, and he possessed the talent of coordinating many groups that enjoyed music as much as he did.

Brunon Kryger stimulated his own sons, Lucian, Bruce and Jerry, to the degree that they “The Kryger Brothers” have continued the band their father began.  The brothers already have eight Polka LP’s and 8 tapes on the market and operate a music store in Wilkes-Barre, Pennsylvania.