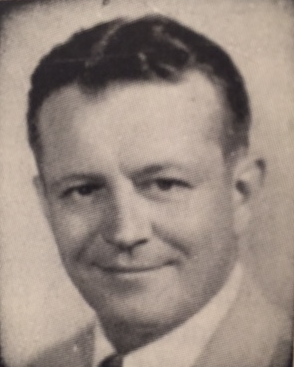 Born in Jaslo, Poland in 1911, Bruno Z. Zielinski came to this country with his mother, Anna, as a one- year-old boy.  They joined his father Zygmunt, who had earlier settled in Chicago’s neighborhood of Bridgeport.  After elementary education at St. Barbara Parish Catholic School, he attended Harrison High School graduating in 1926.

Tremendously fascinated by the radio as a new media of communication and entertainment, in 1930 Bruno started spinning polka records on his own radio show:  “Godzina Grunwaldzka” [“Grunwald Hour”] at radio station WEDC, which is in existence today as station WCEV.

For many decades one of the most interesting fragments of the program was a radio story, “Klopoty Rodziny Siekierkow” [“Troubles of the Siekierki Family”], performed on the basis of radio scripts by Bronislaw Mroz.  This was a family show, which presented exciting popular characters of a Polish immigrant family in the Chicago area, experiencing its life in a completely new environment by comparison to the old country setting.

Mrs. Pelagia Mroz as the mother, Mr. Mroz as the father, and Bruno as their son, Juniorek [Junior], with many other professional and amateur actresses and actors, among them Antoni Bednarczyk, Kazimierz Kasperek, Stanislaw Kajkowski, Wladyslaw Krassowski, Felicja Lichocka-Kulakowska, Tadeusz Krauze and Wladyslaw Panka, fascinated and entertained thousands of Polish listeners, touching them by reflecting the average life of a common Polish family.

This radio show had been also performed on stage, always evoking tremendous applause of the general public.

Bruno was also credited with the opening in 1957 of the first Polish American TV Program, “It’s Polka Time,” which was seen on television as an ABC network program in 36 states of the nation for over two years.

Finally, Bruno was a very popular PR man in Chicago’s political circles of both parties.  He organized the Bruno Zielinski Advertising Agency, specializing in political radio and TV campaigns.

Sociable and amicable, equipoise and abstemious, Bruno was a man of character and integrity as a PR man, as a radio producer and director, and as a co-worker and a friend of many.

Deceased, he is fondly remembered.