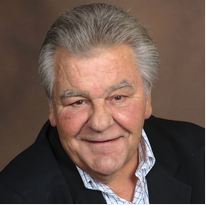 Bill’s radio career started in 1963 when involved with supporting a Rock n Roll radio show at Fordham U in NYC. He quickly got the radio bug and was invited by the Jesuit priest and station director, Father Trivett, to host a Polka show starting on November 28, 1964, on a low power college radio station. Shortly after that, he was the first to participate in a fundraising effort that raised the wattage to 50,000 and the first stereo polka show in the nation. Broadcast stations all over the United States took notice and contacted them for information and instruction to follow the idea.

It must have been in the DNA of his father (Bill Sr), a singer, song composer, and night club entertainer and helped Bill Jr. when he wanted to expose polka bands from other parts of the US to East Coast polka fans. His Dad assisted him when they arranged for Eddie Blazonczyk, Chet Kowalkowski, and a teenage Lenny Gomulka’s first East coasts appearance in Pa., Mass. and NJ in June 1966. A while later, he also first booked Marion Lush in his area.

He was asked by Frank Wojnarowski to emcee the first major polka festival at Manhattan Center in 1967 that featured over 20 polka bands. That success prompted Frank to ask Bill to host a trial Polka TV show pilot that was recorded in Pennsylvania a few weeks later. Frank wanted to attempt to duplicate his famous TV show “Pic a Polka” with the Joe Macielag Orch in Buffalo that had recently ended.

Following that result, he later was the emcee of the Jimmy Sturr Orchestra’s first national TV show.

Bill’s radio show peaked in later years and was rated number one show of its’ kind in the NYC Metro area by the radio polling organization Arbitron. He even was surprised by a visit by Ted Maksymowicz.

He was a leader in the establishment of the USPA at an early Ocean Beach Park festival in the 1960s started by Dick Pillar and the election of Ray Henry as its first President.

He held radio instruction courses there and lauded by Pioneer Johnny Libera even though he was a youth similar and just a few years older than Johnny’s son, Jackie.

What followed was his Master of Ceremonies of NY City’s Pulaski Day Parade that featured over 16 polka bands each of the 18 years that he emceed that parade. He coaxed Polka leaders like Happy Louie, Jimmy Sturr, and others to participate. He greeted recording and TV stars like Bobby Vinton, Loretta Swit, and Bob Hope.

He went on to appear on TV news shows promoting polka music leading to his own show in eastern Pa after his MC chores at the then famous National Polka Festival at Hunter Mountain, NY, bringing in major polka bands and stars of that era.

Almost all of these events were voluntary because he acquired a love for the music and wanted to promote and expose it to new people.

The New York State Council for the Arts contacted him to assist with a live show at the famous Carnegie Hall, where the Polka Family Band was the biggest hit at that event held to feature performers from varied nationality groups.

He also authored the so-called liner notes for scores of polka records released in the 1960s to the present day.

He helped produce a TV show that appeared on National Public TV stations.

In early 2001, when live Polka attendance started to decline, he was celebrated with a party to commemorate his 35th anniversary attended by Regina Kujawa, Bud Hundenski, and others. A week afterward, the radio station he promoted and supported decided to cancel his polka radio show. He then retired from the show but was coaxed back ten years later by Jack Baciewski and Billy Belina of the then-new and now leader Polka Jammer Network. He was recognized recently as Honorary Grand Marshall of the New York Pulaski Parade thanks to his years of support and promotion of the parade.

For over 50 years, Bill has been promoting Polkas and Polka events in person and over the airwaves with his Saturday Night Weekend Polka Party.