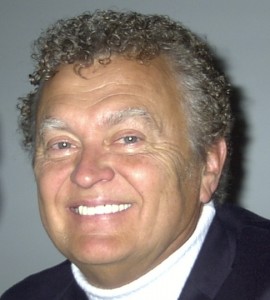 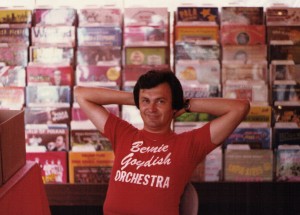 Bernie Goydish has been an active member of the polka community for more than 28 years.  He is a musician, bandleader, promoter, record manufacturer, distributor, and polka disc jockey.  He introduced more young new polka bands to the field than anyone else.  His Sunday polka radio show is the longest running in New Jersey, 18 years.  He has unselfishly donated thousands of hours to polka oriented charitable functions and organizations.  Through the use of his polka radio show, he has helped raise over $100,000 for the Heart Association, the Cancer Society, and has aided many organizations as well as individuals.

Bernie is an innovator in the polka industry.  He introduced the polka weekend concept in the New York Castskills, and now over 15 promoters have taken the idea and are doing the same.  With his Polka Spree By The Sea promotions in Wildwood, New Jersey, more than $20,000 has been awarded in scholarships.  His other promotions have taken place in Florida, Atlantic City, Las Vegas as well as many local Jersey locations.

Bernie was born in Tresckow, Pennsylvania, attended Penn State, Rutgers, MIT, Princeton, and Missouri Universities.  He holds a Bachelor of Science and Accounting degrees and is currently responsible for the chemical control management systems at RCA Research Laboratories in Princeton, New Jersey.