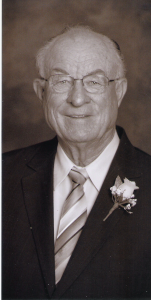 Alfred Vrazel was born to parents of Moravian descent on September 6, 1940 on their family farm near Cameron, Texas.  His interest in music started early in life.  At the age of 10 he persuaded his parents into buying him a 2-row Hohner button accordion.  Three years later and after a lot of practice, Alfred, along with his brother Anton, and their three cousins, started a band they named “Vrazels’ Playboys” later becoming, as it would be known for the next 50+ years, “Vrazels’ Polka Band.”  The band began playing at small events around the Central Texas area receiving no regular salary but small monetary donations from appreciative listeners and dancers.

In 1955 radio station KMIL in Cameron, Texas broadcast on the air and the band was engaged for a Sunday afternoon program.  At that time the band had no recordings so they gathered at the radio station for a live performance with Alfred serving as band leader and announcer.  Around the 1960 era the format for the program changed from their live performing to the use of their polka recordings.  Due to its popularity over the years, his show has increased from a 30 minute time slot to 2 hours and 15 minutes.

Alfred has his own media room at KMIL where he produces his weekly program.  It is pre-recorded and features a variety of music by polka bands locally and nationwide.  His polka show has received numerous awards and proclamations over the years including a Lifetime Achievement Award from the Texas Music Association, continuously broadcasting every Sunday afternoon from 12:15 to 2:30 p.m. on 105.1 FM streaming on the internet at kmil.com.  Alfred Vrazels Polka Show is in its 59th year and is believed to be the longest running weekly Sunday Polka Radio program with the same host in the nation.

Alfred, along with his brother Anton, managed Vrazels Polka Band.  Alfred was the bandleader, played the button accordion, alto and tenor saxophone and was the lead vocalist.  Anton was the band manager and played the piano accordion.  The band developed their own unique sound which was emulated by other bands.  They and their fellow musicians were proud recipients of the following awards from the Texas Polka Music Association: Lifetime Achievement Award-1991; Song of the Year “Once on a Sunday Waltz”-1992; Band of the Year-1993; Alfred Vrazel-Vocalist of the Year-1993; Song of the Year “No One Knows Waltz”-1996; Alfred Vrazel-Vocalist of the Year-1996; plus numerous other awards and proclamations throughout the years.

The band’s out of state performances representing Czech Polka Music from Texas by invitation include: Smithsonian Institution of America Folklife Bicentennial celebration in Washington, DC in 1976; Texas Festival at the John F. Kennedy Center in Washington, DC in 1991; Barns of the Wolf Trap Foundation in Vienna Virginia in 1992; plus performances at polka festivals in Las Vegas, Nevada; Tucson, Arizona; Wichita, Kansas and the Caribbean and Alaskan cruises.

The band made its first recording in 1959 and since has recorded twenty 45 RPM records, thirteen 33 1/3 albums, nine 8-track tapes, six cassettes, ten CDs and three videos.

After 55 years of continuous performances, Alfred & Anton decided to retire the band at the end of 2008.  In appreciation to their many dedicated fans, the band held a final performance on January 24, 2009 at the Mayborn Convention Center in Temple, Texas where over 2600 fans were in attendance.  A grand finale and fitting tribute.