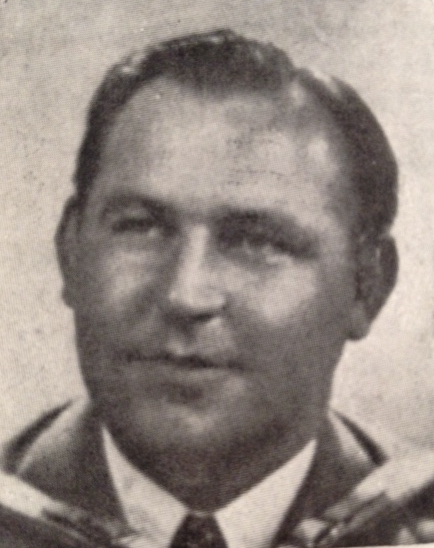 Al Soyka was born May 6, 1922 in Rockville, Connecticut.  At the early age of thirteen the Soyka Trio was formed with Al on the accordion, brother Ray on vocals and cousin Ed on the violin.  The group entered a local talent show and won first prize, which was a trip to radio stations in Boston, Massachusetts.

A polka band was formed with Al’s three brother, Ray, Stanley and Edwin, and also his cousin Ed.  This group later enlarger to a nine piece orchestra which became known as the Al Soyka Orchestra.  In 1950 their first polka hit, “The Jolly Caballero” was recorded on the Dana label.  Another hit on the Dana label was the “U.S.A.” Oberek with music and words by Al’s mother, who

contributed greatly to many songs used in their recordings.

He recorded on the RCA Victor label with hits as “My Favorite Polka” featuring Al on the Accordion.

Later he formed his own record labels of Jan and Glo.  One of the greatest hits on the Glo label was “Trip to Poland” with music and lyrics by Janek Lewandowski.  All of his recordings were made at his own studio on Main Street, Somers, Connecticut.  The studio was used to record many other polka bands with Al as engineer.

Gene Pitney, nationally known rock star from Rockville, Connecticut, was interested in recording the band on the Musicor label.  Al recorded such hits as “Holly Dolly” (a single), which was played on the 50,000 watt WTIC station in Hartford, Connecticut.  Then a “Hello Dolly” album was released.  A second album by Musicor, “The 51 Polka Favorites,” with Ray Soyka on the vocals was the best hit of his career.

In 1967,  Al moved to Hollywood, Florida and sold his Glo label to Request Records, who then distributed his records nationally.

In 1973 Al was awarded a Public Service Citation from the Commonwealth of Massachusetts.

Occasionally, Al played for the Hollywood Polish American Club, which opened a new hall on January 1, 1979.

Al was married and had a son, Dr. Richard Soyka of San Leandro, California, and a daughter, Nancy, a VA Administration in Miami, Florida.  Al was a registered real estate broker in Hollywood, Florida.