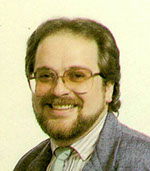 Polka music has been a part of Al Piatkowski’s life as long as he colud remember.  Born in Syracuse, NY on January 17, 1959, Al grew up listening to the Sunday polka programs.  His parents, Mike and Gloria, would attend the local polka dances and bring home the latest recordings of the bands they had just seen, giving Al more music to listen to during the week.  At the age of 7, he started what would become a 10-year run of accordion lessons from one of Syracuse’s finest teachers, Ed Levandowski.  After practicing his lesson, Al would put on one of the polka records and play along with the band.  It wasn’t too long before Al went to his first dance to see Li’l Wally, where he seemed to be more interested in watching the band than dancing.  The variety of bands he has been exposed to from an early age included Ray Henry, the Connecticut Twins, Marion Lush, the Dynatones, Stanky and the Coalminers, Casey Siewierski, Eddie Blazonczyk and the Versatile Versatones, Frankie Yankovic, Eddie Guca, the Krew Brothers, the New Brass, Happy Louie, and Ray Budzilek, to name a few.

Around the time he turned 14, Al teamed up with drummer Leon Cominsky, and the duo began playing at private parties.  They also performed live on Bob Pietucha’s Polish Polka Jamboree, one of Syracuse’s weekly radio shows.  It was also around that time that his father took him to Buffalo, NY to buy a concertina.  Since the closest concertina teacher lived almost 3 hours away, Al learned the instrument mostly on his own and was soon playing it in public.  Local polka bandleader John Dopkowski would invite him up on stage to sit in with the band.  Al eventually wanted to expand the duo, so he brought into the band his brother, Rob, along with 2 friends from high school and changed the name to Al and the Authentics.  His youngest brother, Gary, also performed with the band on occasions.

After high school, Al went away to attend Marywood College in Scranton, PA.  It was there that he joined the Pennsylvania Merrymakers and recorded his first album.  The Merrymakers were very popular in Northeastern PA, one time performing 27 out of 31 days in July.  During his 3rd year of college, Al turned down an offer from Marion Lush to move to Chicago and join his band.  He decided to stay in college for his last year, but desiring to do a little more traveling, joined Jan Cyman’s Musicalaires.  About the time Al graduated from college with a Bachelor’s Degree in Business Administration, he received a call from the Dynatones.  Eager to play with the popular band, he turned down a good paying job offer in Maryland and moved to Buffalo.  With the heavy traveling schedule of the Dynatones, Al knew he could never hold down a full time job and playing with the band, so he worked part time as a grocery stock boy.  Playing next to Larry Trojak and Scrubby Seweryniak was an experience that influenced him for years to come.  Al was also fortunate enough to participate in their live recordings session, Live Wire.

By 1984, Larry had retired from the band and Scrubby wanted to take some time off, so Al pursued an offer he had from Fred Bulinski and Brass Works.  He moved to Maryland and just barely got settled in with the band as his job when the call came from Chicago.  Eddie Blazonczyk had offered him the accordion job to replace Rich Tokarz, who wanted to devote more time to his restaurant business.  It posed a tough decision, but Al packed the car and moved to Chicago.  Playing with Eddie was one of the highest points in Al’s musical career.  From winning a Grammy and numerous other awards, to performing throughout the country, to traveling in the comfort of the bus, to sharing the stage with polka legends, he had finally satisfied his musical goal.

Al performed for the next 6 years with Eddie, and in 1990, decided that he needed to but back on the traveling.  Chicago offered many playing opportunities, and Al performed fill-in work with bands such as Marion Lush, the Ampol Aires, and Stas Bulanda.  He also performed with Chet Kowalkowski’s Polish Carolers, a group of musicians who would spread Christmas joy to family, friends, and shut-ins during the holiday season.

In 1992, a job transfer brought Al to New Jersey, where he performed with Jackie Libera’s Classix and Freddie K., before teaming up with his current band, The Beat.  In 1994, he was asked to play with Polka Family at Carnegie Hall in New York City, and a year later with Brave Combo at the Lincoln Center, also in New York.  In his 27 year career, Al has performed with more than 60 bands and appeared on over 30 recordings.  His performances have brought him to 23 states and 3 foreign countries.  He has been part of one Grammy Award, 8 Grammy nominations, and numerous awards from the International Polka Association, and other polka organizations.  In 1990, he also received the Favorite Accordion Player award from the United Polka Association.  He has written and recorded a few original songs with “I Play Music on the Squeezebox,” “Little Lovin’” and “Heroes” being the most popular.  Besides the accordion and concertina, Al plays the keyboard trumpet and bass.

Al lives in Hillsborough, NJ with his wife Donna and their two children, Olivia and Zachary.  He is employed as a Systems Consultant by Symbol Technologies.