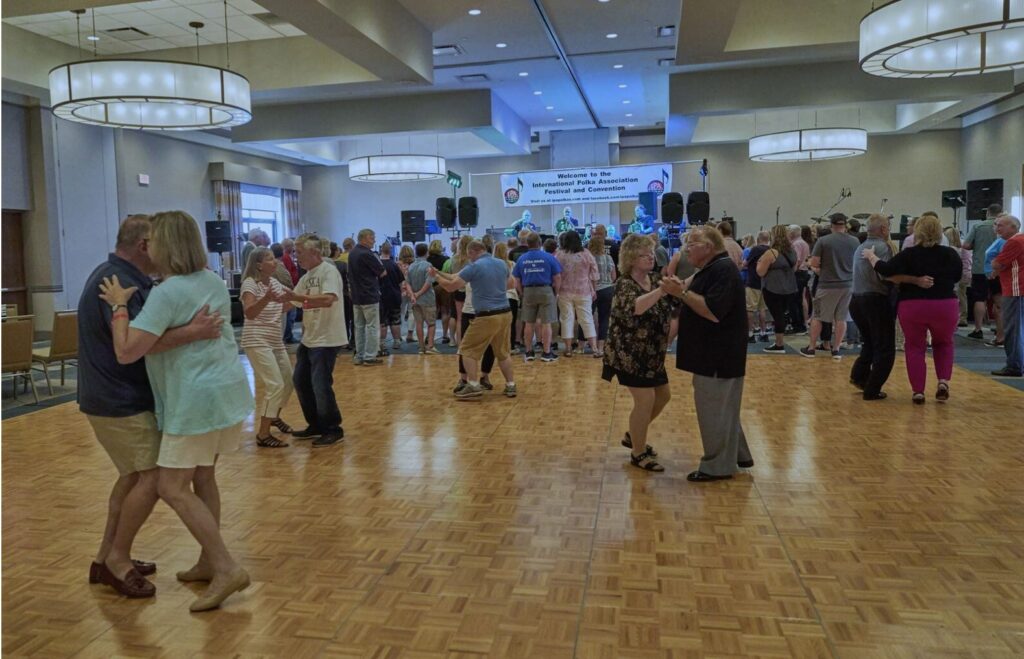 CRANBERRY TWP — They moved their feet to a Polka beat Sunday night at the DoubleTree by Hilton, the final of the 54th Annual International Polka Festival.

As the bands played, some gathered near the stage like traditional concert goers while others took to the more cultural tradition of dancing along with the music.

Roberta and Randy Polovich of South Bend, Ind., bounced around the dance floor performing a variation of Polka dance called the Chicago Hop. 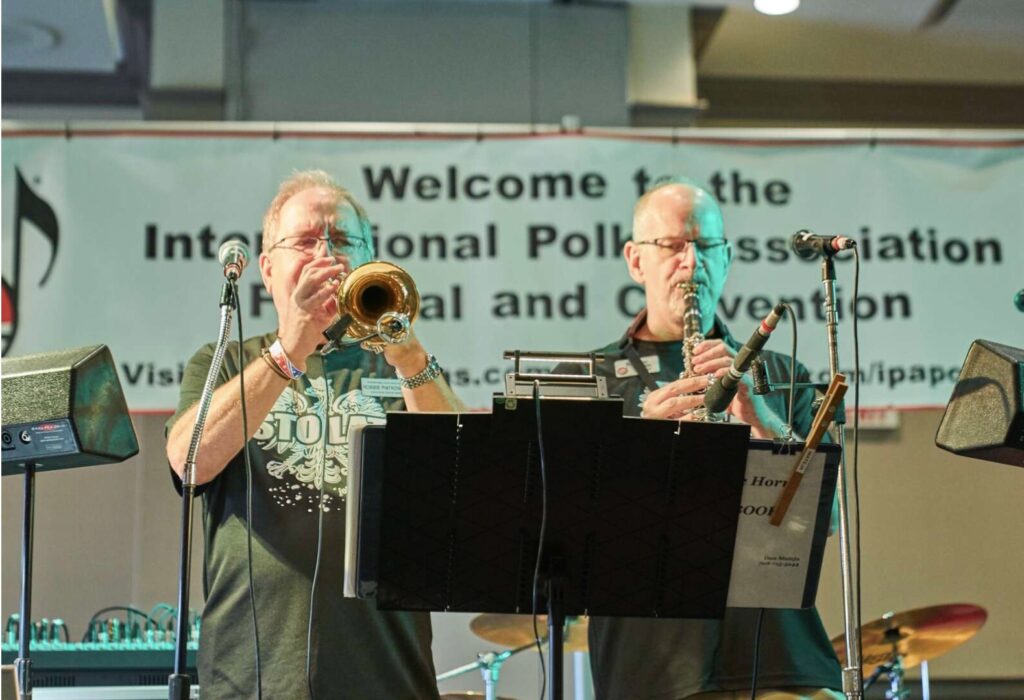 As the IPA Tribute Band continued to play, the pair hoped they would play a song they could perform the Oberek variation of the dance, which unlike the Chicago’s hop features a fast pace, spins and jumps.

According to Christy Krawisz, president of the International Polka Association, people who attend the festival every year appreciate the camaraderie, which she described as family-like, as much as they do the music and the dancing.

Krawisz said this is the second year the festival has been hosted at the Cranberry Township location, and it will be held there at least two more years, per a contractual agreement. Krawisz said the location provides a perfect middle ground as people in the association hail from many different states and regions of the country.

“It’s kind of a meeting point for a lot of people,” Krawisz said. “There’s a lot of Polka in the area too.”

Chris Bogdon of Cranberry Township said he serves on the association’s board of directors as the second vice-president. Bogdon also performed with his band Friday night called the Polka Country Musicians, which places country music over a Polka beat.

Bogdon said he was especially excited because his children were bringing friends and classmates from the Seneca Valley School District to see his band perform.

“What keeps Polka going now are the young people, like my kids,” Bogdon said. “It’s about exposing the music to young people.”

Bogdon was responsible for pitching Cranberry Township as a potential location for the festival, as it has rotated to many major cities over the years. He said it’s exciting to be a part of it every year and to see people come to the area from different parts of the country and other countries, like Canada.

Karen Hudy of Chicago has been to nearly every festival since it started. She said she loves Polka fiercely, and it has always been a large part of her life. Her late husband, Fred, was inducted as a musician in the association’s Hall of Fame in 1993.

“Some songs are comforting. Some songs are sad, but you always walk away feeling good,” Hudy said. Every year, the association inducts new members as well as awards for the best performances of the year.

Hudy attended the festival with Diane Bulanda, also of Chicago, whose late husband, Stanley “Stas,” was inducted in the Hall of Fame in 2009. She said her husband was also a talented songwriter, having written 67 songs by the time of his death.

Bulanda said this year, her son, Tommy Bulanda performed at the festival with his band the New Generation. “Now my son sings some of my husband’s songs,” Bulanda said. “When he sings, he sounds just like my husband.”

While many have followed the festival for years, there were still newcomers present too. Joe Tiberi of Uniontown was enjoying music with his wife, Mary, while waiting for friends to arrive.

Joe Tiberi said being a polka musician himself, he enjoyed and appreciated the talent brought to the event. “They’re all good musicians,” he said.

Mary Tiberi said the couple liked to hit all the Polka events they can, including an annual event out at Seven Springs involving reworks. She said this was another one to add to their list.

“We would definitely come back,” she said. 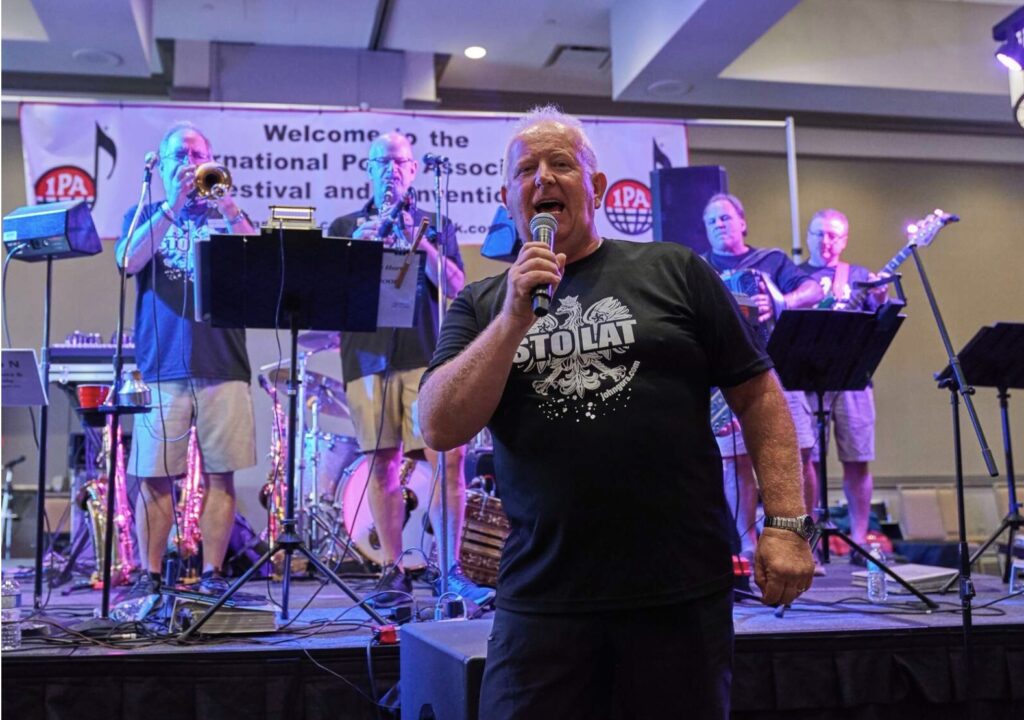 John Gora of the the John Gora Band sings for evening Sunday night at the The International Polka Association Sunday evening at the Double Tree by Hilton Hotel Pittsburgh – Cranberry. Shane Potter/Butler Eagle 9/4/22 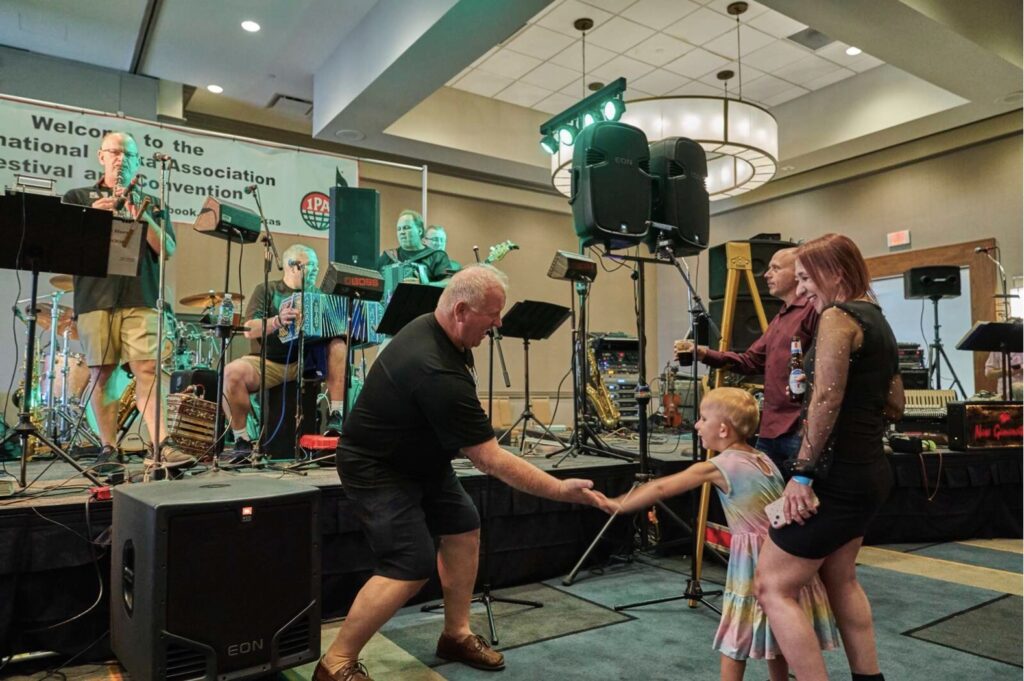 John Gora of the the John Gora Band give 5 to a young audiance member at the International Polka Association Sunday evening at the Double Tree by Hilton Hotel Pittsburgh – Cranberry. Shane Potter/Butler Eagle 9/4/22 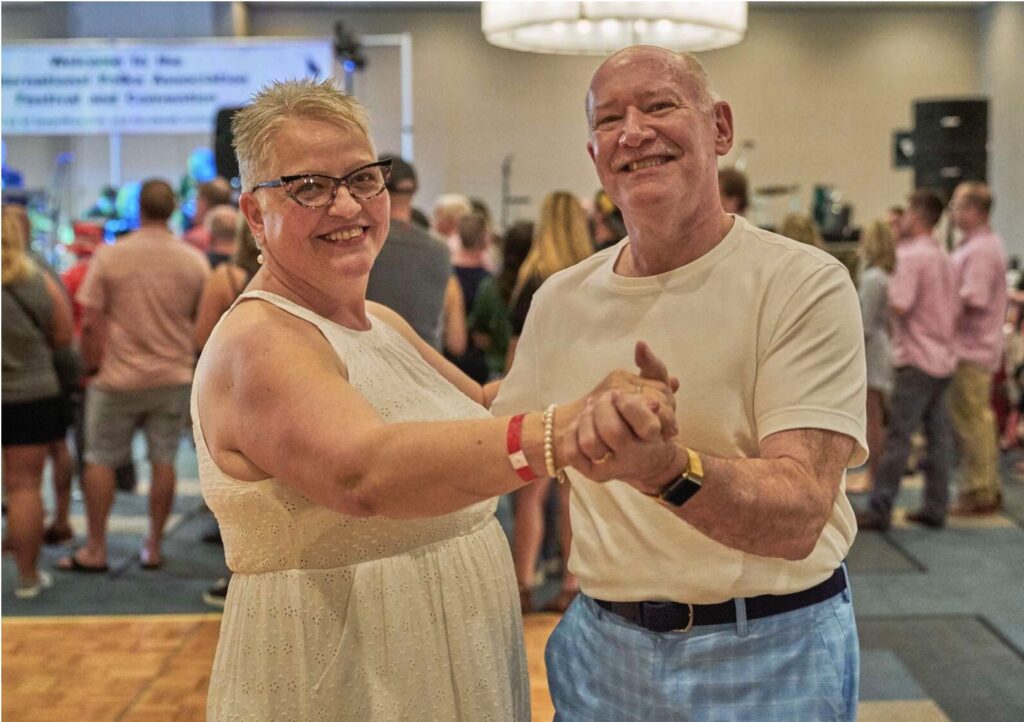