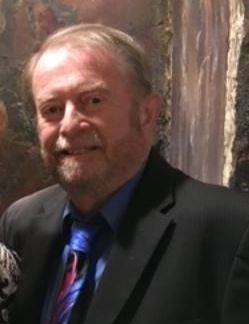 The IPA Executive Board is proud to announce the selection of Ernie Daigle for the annual Joe Jozwiak Award. Originally called the Special Achievement Award, this honor is a tribute to the late IPA Director Joe Jozwiak who advocated for a way to recognize individuals who have made significant contributions toward the promotion of polka music.

Mr. Daigle, who continues to dedicate a large part of his life to polka promotion, is considered by many to be one of the unsung heroes in this effort. It all started back in 1971 when he first heard Happy Louie perform at a polka dance and fell in love with the music. The following year, Ernie began booking polka bands for a local club and his church and continues such work to this day. At a polka dance in 1977 he had the good fortune to meet Patty, who became his wife two years later. They were blessed with two children, John in 1980, and Diana in 1982, and nurtured their love for polka music. John went on to become a drummer, bandleader, and recording engineer. Happy Louie, Polka Country Musicians, and Mark IV are just some of the bands that John recorded in the studio at the Daigle home. In 2000, Ernie teamed up with IPA Polka Hall of Famer Billy Belina to host the Polka Bandstand radio show on WMUA that reached listeners in parts of Massachusetts, Connecticut and Vermont and was streamed worldwide on the Internet. Later he began hosting his own program on Polka Legacy, which he subsequently moved to the 24/7 Polkaheaven network where it continues to broadcast. Ernie was elected to the Board of Directors of the Ludlow PACC in 2005 and became vice-president of the club in 2016. In 2018, he assumed the Chairmanship of the Dance Committee role. Ernie’s many other polka promotional efforts include working as a volunteer in support the Ocean Beach Park Polka Days festival, serving as the “Ticket Master” to sell tickets for this fest as well as Jimmy Sturr’s Pierogi Fest, the Ha-Lo Enterprises Parkinson’s Benefit Dances and other events, and delivering polka DVDs to local cable stations for the enjoyment of fans who can’t attend dances. The Daigles are especially noted for their hospitality and have opened their home to host polka parties with live music and fabulous food for many years. Ernie is a proud member of the Ludlow PACC, South Deerfield Polish Club, the International Polka Association, the United States Polka Association and currently serves as the co-chair of the Annual IPA Benefit Dance at the Ludlow PACC with Peter Danielczuk. Congratulations to Ernie Daigle for his many polka endeavors and his Joe Jozwiak Award!