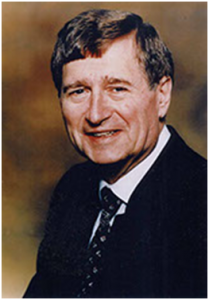 It’s with great sadness that we inform you of the passing of IPA Hall of Fame Inductee Adam Barthalt,

who was inducted into the International Polka Association Hall of Fame in 2006.
Adam G. Barthalt died on April 24, 2021 at Peconic Bay Medical Center. He was 85 years old.
He was born on June 11, 1935 in Ridgewood, New York to Adam and Susanna (Harnacker) Barthalt.
He graduated from Cairo High School.
He was the leader of the Adam Barthalt polka band which performed across the U.S. and in Europe, Mexico and Canada.
He was awarded the “Golden Badge of Honor” from Austrian National Tourist Office and proclamation of outstanding musical accomplishments from the NY State Assembly Office.
He was inducted into the “National Cleveland Style Polka Hall of Fame” and the “International Polka Association Hall of Fame”, along with being elected president of the Kiwanis Club in Ridgewood.
He is survived by his wife of 64 years Margarethe, children Debbie Burke of New Jersey, Adam III of Texas, John of Texas, Suzy Trypuc of Riverhead and Marcie Dilworth of Calverton, 12 grandchildren, nine great-grandchildren and sister Marie Ann Morscher.
Services and cremation will be private. Donations to Crohn’s and Colitis Foundation would be appreciated.
Please keep the Barthalt family in your thoughts and prayers.
Click here for Adam Barthalt’s complete IPA Hall of Fame biography